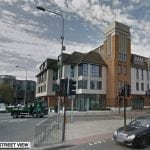 A man possibly from Johannesburg fell from a plane onto this London street according a BBC Africa live report. A stowaway who is believed to have clung on to a plane as it was coming into land in London has fallen to his death, while another is in hospital. The two men are believed to have been clinging to a British Airways flight from Johannesburg to Heathrow. In a … END_OF_DOCUMENT_TOKEN_TO_BE_REPLACED