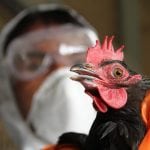 The United State has commended the Nigerian government's efforts aimed at containing the spread of Bird Flu (Avian Influenza) diseases in the country. US Consul General, Mr. Jeffrey Hawkins, gave the commendation in Ibadan, South West Nigeria during the opening of a two day training the trainer’s workshop for veterinarians, laboratory technicians, and surveillance specialists … END_OF_DOCUMENT_TOKEN_TO_BE_REPLACED

The Supervising Minister of Health, Dr Khaliru Alhassan, on Monday advised Nigerians not to panic over the outbreak of Avian Influenza, saying the situation was under control. Alhassan told a news conference in Abuja that poultry meat and other poultry products were safe for consumption if thoroughly cooked. He also enjoined the public to maintain good hygiene and ensure … END_OF_DOCUMENT_TOKEN_TO_BE_REPLACED 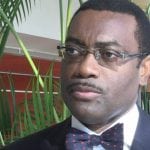 The Federal Government has commenced immediate compensation to all farmers affected by Avian Influenza, known as bird flu. This is just as the government announced that the outbreak of Avian Influenza, also known as bird flu, has spread to 11 states of the federation. The states are: Lagos, Kano, Edo, Plateau, Gombe, Imo and Jigawa, Ogun, Rivers, Delta and Oyo. The … END_OF_DOCUMENT_TOKEN_TO_BE_REPLACED

Lagos State Government has assured Lagosians that adequate measures have been put in place to prevent the spread of Avian influenza (Bird Flu) noticed in some poultry farms in parts of the state during the festive period. The State Commissioner for Agriculture and Cooperatives, Prince Gbolahan Lawal, who gave the assurance in a press statement, disclosed that the Ministry is … END_OF_DOCUMENT_TOKEN_TO_BE_REPLACED