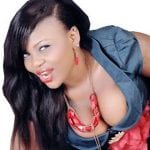 Nollywood actress Bimbo Thomas, popularly known for her roles in Yoruba movies has come out to denied the rumour that she is in a relationship with Mc Oluomo as widely speculated. The Omo Ghetto star revealed that though they are both close friends but they are not dating. She said “MC Oluomo is a friend and a brother to me, we are not lovers and we are not dating. I have … END_OF_DOCUMENT_TOKEN_TO_BE_REPLACED