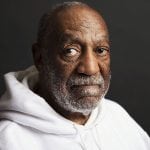 Bill Cosby was charged in Pennsylvania today for aggravated $exual assault and will be arraigned later tonight. An arrest warrant has since been issued for Bill Cosby for allegedly drugging and $exually assaulting former Temple employee Andrea Constand at his Elkins Park, Pennsylvania mansion in January 2004, the announcement was made by the District Attorney-Elect Kevin … END_OF_DOCUMENT_TOKEN_TO_BE_REPLACED