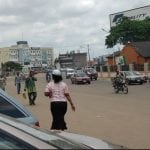 BENIN—SUSPECTED cultists went on rampage Monday evening in Benin, Edo State capital, killing two mothers when they attacked the homes of some of their targets. This came as a youth leader in the state, Mr. Tony Adun, alias Tony Kabaka, who raised an alarm over the spate of cult-related killings in the state, called on the state government and the state House of Assembly to … END_OF_DOCUMENT_TOKEN_TO_BE_REPLACED 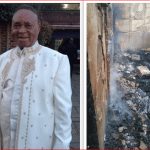 Sir Gabriel Igbinedion-owned Independent Television and Radio(ITV) Benin mysteriously caught fire last night. According to City People the compound was totally razed by fire last night. Though the cause of the fire is yet to be disclosed, his daughter Barrister Omosede Igbinedion has said, “It is clear that the attack on ITV is purely sabotage, a calculated attempt.” … END_OF_DOCUMENT_TOKEN_TO_BE_REPLACED 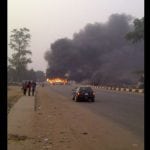 Louis Offor (BENIN CITY) -- Today the 7th of January, 2015 - the students of the University of Benin (UNIBEN) have blocked the Ugbowo-Lagos express road with burning tires on one side while a city transport bus otherwise known as "Comrade Bus" was set on ablaze sending plumes of smoke into the air.I was in a vehicle headed that way but the driver of the vehicle was asked to … END_OF_DOCUMENT_TOKEN_TO_BE_REPLACED