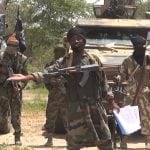 The cordon and search in Baga has revealed some terrorists disguising as women. The searches are also yielding more discoveries of arms especially bombs hidden in various locations, especially Baga town. Apart from those captured in the course of fighting, many arrests of terrorists hiding in the town are being made and troops are still busy interrogating the … END_OF_DOCUMENT_TOKEN_TO_BE_REPLACED 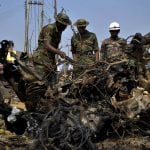 The Boko Haram attacks on Baga,  recently  was said to have be the most deadliest massacre ever of the 5-year-old insurgent which have killed more than 10,000 people. District head Baba Abba Hassan said most victims are children, women and elderly people who could not run fast enough when insurgents drove into Baga, firing rocket-propelled grenades and assault rifles on town … END_OF_DOCUMENT_TOKEN_TO_BE_REPLACED 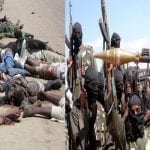 As terrified residents scattered into bushes in Baga town and surrounding villages, the gunmen unloaded motorcycles from their trucks and chased after them. Some Residents hid under scanty bush, while some decided to wait in their homes but they were later burned alive. By the time the weapons went quiet, local officials reported death tolls ranging from hundreds to as many … END_OF_DOCUMENT_TOKEN_TO_BE_REPLACED