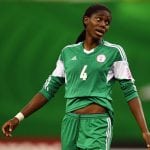 Nigeria’s Super Falcons and Liverpool Ladies player, Asisat Oshoala, was on Sunday nominated along with four other players for the inaugural BBC Women's Footballer of the Year award. The other nominees include Spain's Veronica Boquete, Germany's Nadine Kessler and Scotland's Kim Little and Brazilian forward Marta. Oshoala, who joined the Reds in January 2015, was named the … END_OF_DOCUMENT_TOKEN_TO_BE_REPLACED 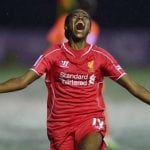 Nigeria women and Liverpool Ladies forward, Asisat Oshoala has said she is fulfilling a dream turning out for the Reds after signing in the winter. The reigning African Women footballer of the Year got her first league goal of the season after helping her side to a 2-1 victory over Birmingham Ladie after volleying in on the stroke of half-time before setting up Fara Williams … END_OF_DOCUMENT_TOKEN_TO_BE_REPLACED 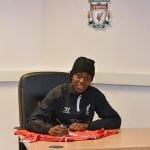 The WSL champions Liverpool have completed the signing of  the 20-year-old Nigerian forward this morning. Oshoala who won both the Golden Boot and Golden Ball - as Player of the Tournament - at last year's Under-20 World Cup Finals, and becomes the first player from Africa to compete in the Women's Super League. "We beat a number of top American and European clubs to Asisat's … END_OF_DOCUMENT_TOKEN_TO_BE_REPLACED 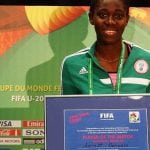 Nigeria Asisat Oshoala has been named the African Women's Player of the Year at an awards ceremony in Lagos on Thursday night. The Nigeria forward, finished ahead fellow teammate Desire Oparanozie and Cameroon number one shot stopper Ngo Ndom to clinch her first ever African player of the year award. She enjoyed success with her country at the 9th African Women's Championship … END_OF_DOCUMENT_TOKEN_TO_BE_REPLACED