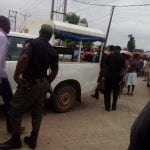 It was a scene of terror at the early hours of today in the Ipakodo area of Ikorodu as Armed Robbers led by a Female gang leader stormed two banks in the area and made away with untold millions of Naira. The two affected banks are Zenith Bank and FirstBank both directly facing the Ipakodo police station at the Nigerian Port Authority terminal in Ikorodu. The robbery went on … END_OF_DOCUMENT_TOKEN_TO_BE_REPLACED 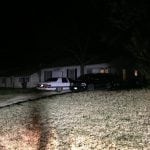 Some gunmen have snatched a 14-seat staff vehicle belonging to Channels Television in Benin, the Edo State capital. It was gathered that the white Toyota Hiace bus, with number plate APP 98 DC, was snatched at gunpoint at about 9pm on Tuesday at Omoruyi Street, off Lucky Way, in Ikpoba Okha Local Government Area of ‎the state. The gunmen, numbering four, had trailed the … END_OF_DOCUMENT_TOKEN_TO_BE_REPLACED 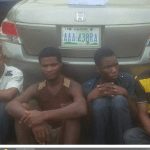 The Nigerian police paraded the Lekki Bank Robbers that had attacked a bank along Admiralty Way, Lekki, killing three policemen and a teenage fish hawker in a deadly shoot-out. It was also gathered that two Iphones stolen from the scene of robbery were recovered. Meanwhile, efforts are still on to arrest other members of the gang that killed three police men and a female … END_OF_DOCUMENT_TOKEN_TO_BE_REPLACED 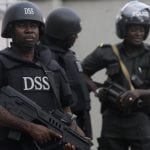 Onitsha (Anambra) – The Police in Okpoko community near Onitsha, have smashed a four-man armed robbery gang that has been terrorizing residents of the area. Confirming this on Sunday, Mr Emeka Ugwu, the Divisional Police Officer (DPO) in charge of Okpoko, said the gang was led by one Abuchi. Ugwu said the hoodlums met their waterloo following a tip-off by a public-spirited … END_OF_DOCUMENT_TOKEN_TO_BE_REPLACED 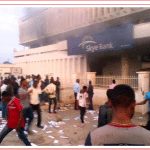 The police in Ondo State have recovered N9 million from the six of the fifty armed robbers who raided four banks at Owo last week. Two police women and four others, including an ASP and seven civilians were killed by the robbers who stormed the banks at about 4pm last Friday. Also shot dead by the robbers were a bank manager and his deputy who reportedly refused to cooperate … END_OF_DOCUMENT_TOKEN_TO_BE_REPLACED