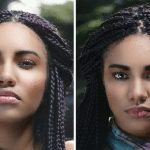 Former Most Beautiful Girl in Nigeria, Anna Banner has set up a fashion line business. Anna who gave birth to a bouncing baby girl Sophia Okoli, three months ago! for music superstar Flavour N'bania The former beauty queen who was expelled from Dubai university because of her pregnancy early this year just returned to Nigeria. She made the announcement through her Instagram … END_OF_DOCUMENT_TOKEN_TO_BE_REPLACED 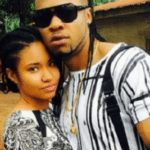