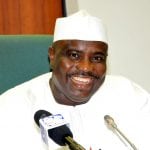 Aminu Tambuwal, Speaker of the House of Representatives and APC gubernatorial candidate in Sokoto State, has been declared the winner of Saturday's gubernatorial poll. Reports have that Tambuwal scored 647,609 votes to clinch victory from Sen. Abdallah Wali of the PDP who scored 269,074 votes. The results were declared by the INEC State Returning Officer, Prof. Abubakar … END_OF_DOCUMENT_TOKEN_TO_BE_REPLACED 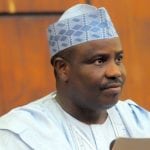 With less than two weeks to the March 28 presidential election, the Speaker of the House of Representatives, Aminu Tambuwal, has said that a vote for the Peoples Democratic Party will undermine the self-worth of every Nigerian. Mr. Tambuwal said if he and some of his colleagues in the National Assembly wanted the easy option for themselves, they would not have moved away from … END_OF_DOCUMENT_TOKEN_TO_BE_REPLACED 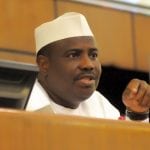 The Speaker of the House of Representatives, Alhaji Aminu Tambuwal, says that Notwithstanding the limitation of time, the Petroleum Industry Bill (PIB), the Constitutional Amendment Bill and other critical bills already at Report stage will be passed. Tambuwal who stated this while welcoming members from a one month recess added that another important bill is the Electoral Act … END_OF_DOCUMENT_TOKEN_TO_BE_REPLACED