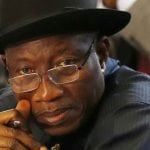 President Goodluck Jonathan extends heartfelt condolences to the government and people of Kenya and to the families of those who died today in the gruesome terrorist attack on the Garissa University College in Kenya. President Jonathan utterly condemns the deliberate targeting of innocent persons, schools and other soft targets by terrorists as such atrocious, despicable and … END_OF_DOCUMENT_TOKEN_TO_BE_REPLACED 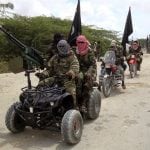 The al-Shabaab terror group claimed responsibility for an attack on Garissa University College in Kenya resulting in the deaths of at least 147 people Thursday. Kenyan Interior Minister Joseph Nkaissery said four attackers were killed. The al-Qaida-linked al-Shabaab issued a statement via radio saying it separated Muslim students from non-Muslims in order to conduct an … END_OF_DOCUMENT_TOKEN_TO_BE_REPLACED 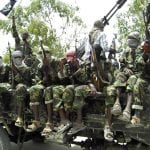 Nigeria's Boko Haram swore allegiance recently to the Islamic State of Iraq and the Levant (ISIL) in an audio message with French and English subtitles. What most failed to notice was a few weeks earlier an "emissary" of ISIL sent a public invitation to the emir of al-Shabab in Somalia, Abu Ubaidah, urging him to do the same. The emissary was Hamil al-Bushra, the nom de … END_OF_DOCUMENT_TOKEN_TO_BE_REPLACED 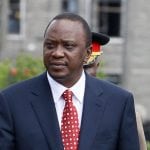 Kenya’s high court has suspended some of the anti-terrorism measures signed into law two weeks ago by President Uhuru Kenyatta, saying objections raised by the opposition over their constitutionality should be settled by the judiciary. Kenyatta said when he signed the bill two weeks ago that it did not go against the bill of rights or any provision of the constitution. Some … END_OF_DOCUMENT_TOKEN_TO_BE_REPLACED 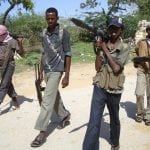 (Reuters) - Somalia's al Shabaab militants attacked a military base in the outskirts of the town of Baidoa on Friday morning, killing at least 7 Somali soldiers, a Somali military official said. The attack came two days after the United States said it had killed the chief of al Shabaab's intelligence and security wing, Tahliil Abdishakur. "Al Shabaab attacked our base … END_OF_DOCUMENT_TOKEN_TO_BE_REPLACED 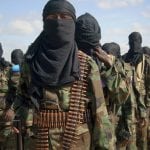 (Reuters) - A leader of the Somali militant group al Shabaab was killed by a U.S. air strike in Somalia, U.S. and Somali officials said on Tuesday. The victim, identified as Abdishakur and also known as Tahliil, was the head of Amniyat, a unit believed responsible for suicide attacks in Mogadishu, Somalia's National Intelligence and Security Agency said in a statement. The … END_OF_DOCUMENT_TOKEN_TO_BE_REPLACED