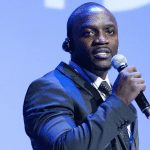 Akon net worth is $80 million he was born in St. Louis, Missouri, USA on April 16, 1973 but spent much of his childhood in Senegal. Akon is singer, songwriter, businessman, and record producer and can play five instruments. Akon said he has six children with three different women in an interview with Blender.  In 1999 he was sentenced to prison for three years for being part of … END_OF_DOCUMENT_TOKEN_TO_BE_REPLACED