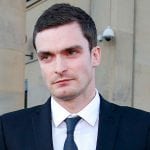 England soccer star and ex-Sunderland player Adam Johnson, has been jailed for six years for having s^x with an underage girl. Bradford Crown Court heard the $exual activity with the girl happened in the footballer's Range Rover in January 2015 and that he had continued to engaged in $exual activity with her knowing she was under 16. Judge Jonathan Rose told Adam Johnson … END_OF_DOCUMENT_TOKEN_TO_BE_REPLACED