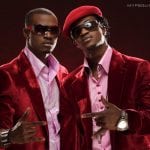 Nigerian telecommunication company GLO has stop the renewal of P-Square contract as their brand ambassadors. The management of the company disclosed they were disappointed the way Peter of P-Square reacted due to the default of the company promises during the grand finale of the 'Dance with Peter' talent hunt show. A top manager in GLO, who spoke with newmen, on the … END_OF_DOCUMENT_TOKEN_TO_BE_REPLACED 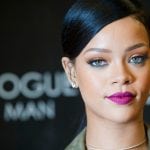 The real reason Rihanna cancelled her performance for the 58th Grammys Awards which was held on 15th of February 2016 in Los Angeles has emerged. It was reported that she couldn't perform due to “bronchitis,”  but an insider has told New York's Page Six that the music star used that as a ploy to get out of the awards show at the 11th hour, because she feared giving a lacklustre … END_OF_DOCUMENT_TOKEN_TO_BE_REPLACED 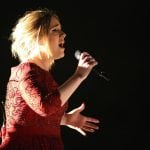 The music superstar admitted ‘she cried all day’ after sound issues detracted her performance of the song ‘All I Ask’ at the 2016 Grammy Awards. The Hello hit maker was criticized after taking to the stage to belt out her power ballad All I Ask but later explained to fans what had gone wrong and that she wasn’t out of tune. The Artiste took to twitter saying: “The piano … END_OF_DOCUMENT_TOKEN_TO_BE_REPLACED 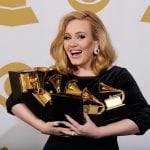 The biggest awards event in the world, the '2016 Grammy Awards' took place yesterday night 15th of February 2016,  in Los Angeles, and it was hosted by LL Cool J. This is the complete list of the winners of 2016 Grammy Awards. Many music stars the likes of Adele, Taylor Swift, Kendrick Lamar, Justin Bieber and some others Music performers thrilled the guests at the … END_OF_DOCUMENT_TOKEN_TO_BE_REPLACED 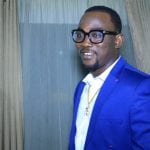 One of the richest Fuji musicians in Nigeria Wasiu Alabi Pasuma buys car for his first child Wasilat Odetola as a birthday gift. His daughter Wasilat who is also into fashion business is celebrating her 25th birthday today 23rd, January 2016. The Fuji star did not only buy a brand new Toyota Matrix for his daughter but also wrote a lovely birthday message to her on his … END_OF_DOCUMENT_TOKEN_TO_BE_REPLACED