@Billboard.com It's been almost three years since Rihanna fans have been graced with an album by the singer, and it looks as though the wait for a follow-up to Anti may soon be over. The Wait is Over! @Consequenceofsound.net Rihanna has stated that her ninth studio album will drop in 2019. In the comments under a promotional photo for Rihanna’s Fenty beauty line posted … END_OF_DOCUMENT_TOKEN_TO_BE_REPLACED 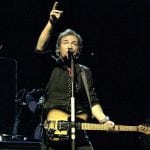 Born to Sing With such hits as “Born to Run,” “Streets of Philadelphia” and “Dancing in the Dark,” Bruce Springsteen has become one of the most popular and influential musical artists of the 20th century. He has sold over 65 million albums in the United States alone, and he has racked up an outstanding 20 Grammys. In 2016, President Barack Obama honored Springsteen with the … END_OF_DOCUMENT_TOKEN_TO_BE_REPLACED

The Queen frontman wrote a song for one cat, dedicated an album to a few others, and placed long-distance calls to his animals while on tour. As a new film, Bohemian Rhapsody, tells Freddie Mercury's story, we celebrate the true loves of his life: Tiffany, Romeo, Delilah and the rest of his litter Freddie the Feline Friend If you’re a big Freddie Mercury fan, you probably … END_OF_DOCUMENT_TOKEN_TO_BE_REPLACED 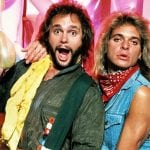 This list of best selling musical artists is based on the "certified sales",  backed up by the Recording Industry Association of America. 1. The Beatles The Beatles from the United Kingdom, are probably the most famous band to ever exist.  They have 178 million in "certified sales" although their claimed sales are believed to surpass 600 million records worldwide. … END_OF_DOCUMENT_TOKEN_TO_BE_REPLACED 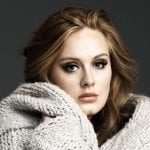 Adele is planning to take a five-year break from music in order to spend some quality time with her son Angelo. A source revealed to The Sun that "The music star has told her closest pals she will step away from the limelight for five years before she next brings out an album. “She’s still very new to motherhood and doesn’t want to miss out on Angelo growing up. It will be a … END_OF_DOCUMENT_TOKEN_TO_BE_REPLACED