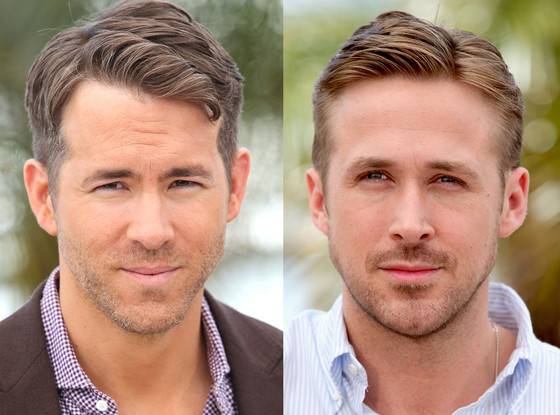 The two Ryans are not only heartthrobs but they have hot careers as well. Both are Canadian and over 6 feet tall. Ryan Reynolds stars in the wildly successful Deadpool movies. He’s married to actress Blake Lively and has two children.

La La Land actor, Ryan Gosling is in a long-term relationship with actress Eva Mendes and they are also the proud parents of two cute kiddies. Ryan Reynolds and Ryan Gosling are NOT the same person, Reynolds explained in a NSFW tweet Thursday