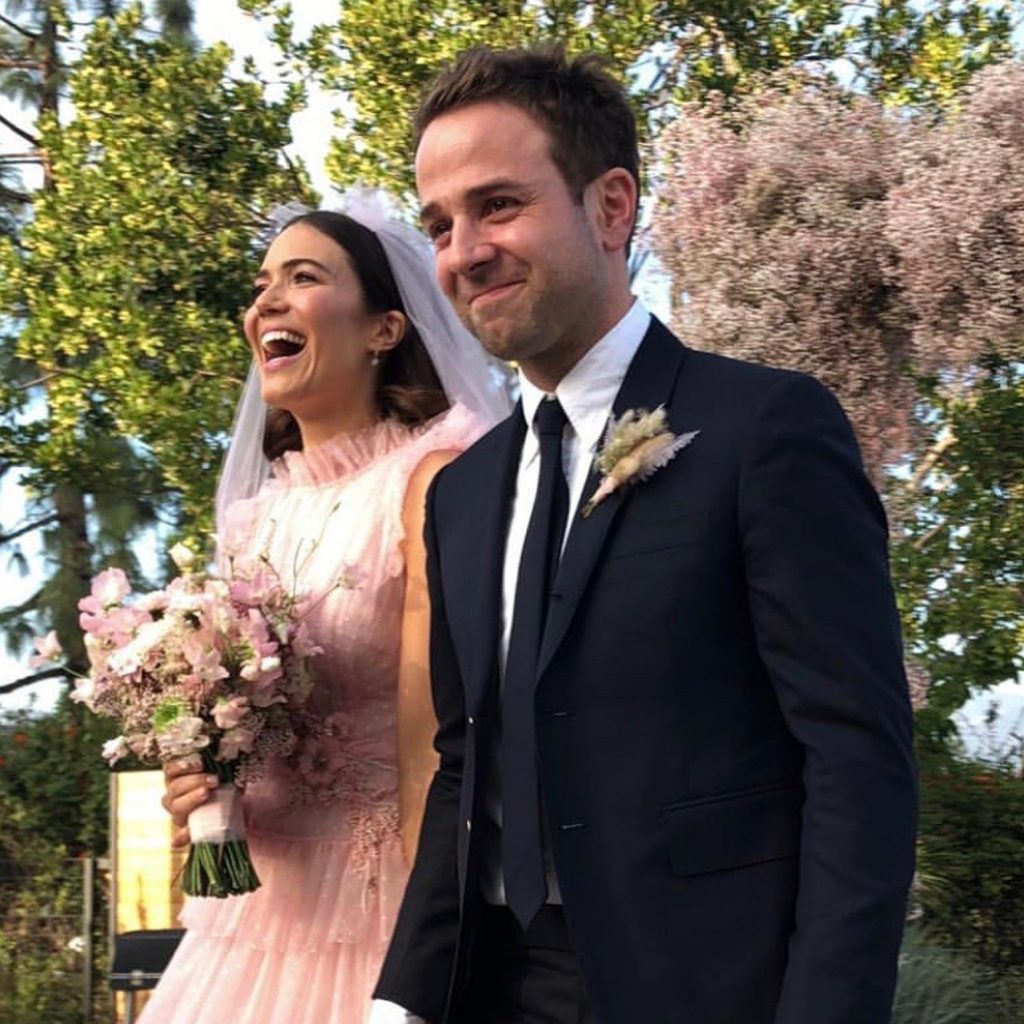 And the Bride Wore Blush

After a full day of speculation, Mandy Moore has finally revealed that she has in fact married partner Taylor Goldsmith in a beautiful autumn ceremony.

The internet went into a spin this week as one of Mandy’s guests posted – and then deleted – several photos from the wedding day onto Instagram. (That’s gotta be awkward if there was some kind of celeb social media ban, hey!).

Anyway, Mandy herself decided to give us all that we wanted by posting – and leaving up, yay! – a black and white pic from the day. And don’t the couple look beautiful? The gown, which featured a load of gorgeous tulle layers, and subtle polka dots in a shimmering metallic, was custom-made for Mandy by US designer Rodarte.
The this is us star 34, and the musician, 33, grinned broadly together after saying ‘I do’ in a new photograph that Mandy posted on Instagram at the beginning of the week.

The simple post couldn’t have been a more appropriate way to showcase their new union, considering that three years ago the couple actually met on the social media platform.
The wedding had a ‘Boho vibe’ a source reports as the aisle was lined with feathers and antique flowers. The brides somewhat bohemian dress also went along with the Bohemian feel to the whole event. It has also been reported that the “This Is Us” Co-stars were all in attendance at the intimate ceremony, which shows how tight-knit the cast really is.
We wish Mandy and Taylor a lifetime of happiness! 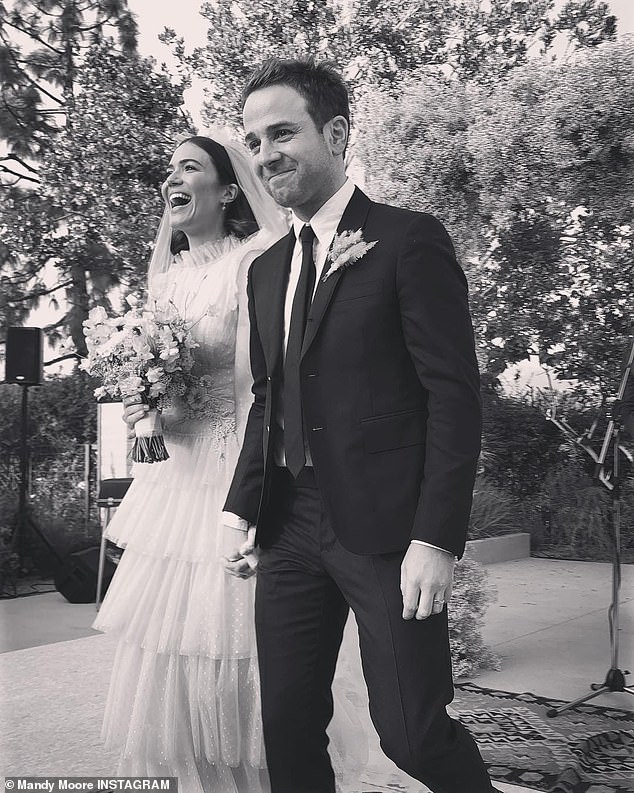