This is our opportunity to salute the brave men and women who fight for our right to live as free people in a free nation. We want to share true and inspiring stories of their courage and heroism. However, there is simply no shortage of fantastic stories to share this Memorial Day. It was hard to narrow it down but we did. So please join us as we share seven heartwarming and fascinating Memorial Day inspired stories. 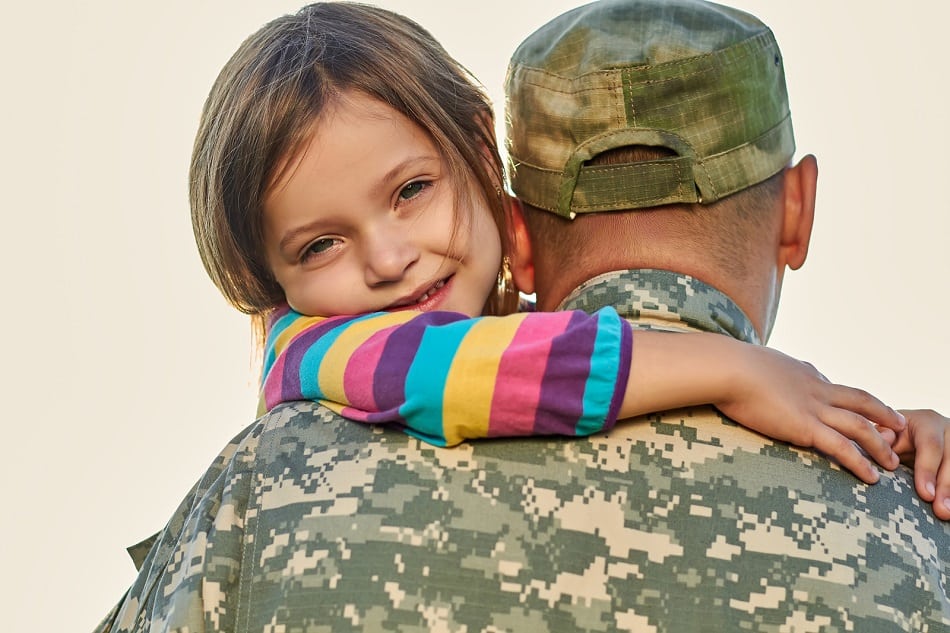 1. Dream wedding after a nightmarish injury

Meet Juan Dominguez, a Marine Corporal who once served in Afghanistan. His time in Afghanistan didn’t have a happy ending. In fact, he lost both legs and an arm after stepping on an improvised explosive device. But even that couldn’t shatter his dream – marrying Alexis, the love of his wife. Residents of Temecula, a small town in Calif made sure of that. With $30,000 contribution to his name, Dominguez was able to walk down the aisle and find a wife in beautiful Alexis. Dominguez still has his heart and brain intact – two things that matter most.

Samantha Brown, the wife of military man Albert John DeSimone, has an inspirational story tied to a mystery. Returning from a donut shop, she found an envelope stuffed with two $20 bills and a note. It was a thank you note to Samantha for being a patient wife, and her husband for being dedicated to serving the country abroad. She would like to track down the person and thank whoever left the anonymous gift. On receiving the news, DeSimone had one thing to say: “It’s people like this who make me proud to be an American soldier.”

3. Tied to a wheelchair but found his feet again

Arthur Boorman had a tough time as a serviceman. The war vet lost his back and knees back in the Gulf War. He had no other option but to rely on wheelchairs. The state of immobility coupled with depression saw him gain a lot of weight. There was nothing the doctors could do to put him back on his feet again. That’s not until he met yogi instructor Diamond Dallas Page. He took the vet’s condition as a challenge. This would see Boorman making many attempts and failures. Even with all these, he wouldn’t call it quits. Eventually, he regained his ability to walk not to mention sprint. According to Boorman, you shouldn’t underestimate what you can achieve provided you believe in yourself.

Staff Sergeant Royal is a man with 10 years experience in battlefield training. While taking a walk one summer night, he saw two men in a heated argument that led to a fight. This saw one man being shot right in the femoral artery. The victim, homeless and bleeding, ran down the street after which he collapsed. To avoid the risk of bleeding out, Royal tied the man’s thigh with his belt. The victim was hospitalized and regained consciousness. Royal had one thing to say: “I’m glad I was there.”

5. 89 and illiterate, but finally learns how to read

Ed Bray, an old veteran, was a tough man of war. In fact, he fought during the World War II and had two purple hearts to his name. One would think that the war was the toughest thing in Bray’s life. On the contrary, illiteracy was his toughest challenge, something that he kept a secret during his time in service. Finally, he decided to put the shame aside by taking classes with Professor Tobi Thompson. Patience and dedication saw him accomplish his dream. To Bray, this is something that makes him feel good. He’s grown fond of reading books and has no plans of stopping anytime soon.

Meet Tony, a war veteran with one beautiful, unidentified girl. Tony’s life was one full of loneliness. To make it worse, he was homeless with a rather untidy beard and weathered face. A “hi” from the girl marked the foundation of the friendship between the two. Regular talks, small conversations, and periodic lunches saw their friendship grow by the day. Recently, the girl had a difficult time and Tony came to her aid helping her make tough personal choices. One day, feeling sorry and all alone, the girl felt a tap on her shoulder. She turned around to meet the concerned look on Tony’s face. He dug into his pocket, pulled out an antique watch head saying: “I don’t have much but I’m thankful for just being your friend,” the girl learned one thing: “When you extend your hands to those in need, you get back more than what you gave.”

7. Old and parachuting for the love of war veterans

For Marjorie Bryan and Marianna Sherman, there’s was a show of support and love for war veterans. The two are among a group of mom’s known as Blue Star Mothers of America. This organization comprises mothers whose kids have served in the military. Well, the two did an act so brave – parachuting out of a plane with a mission to help raise money for veteran groups. Guided by retired Army Rangers, the two grannies made it safe to the ground. Bryan was so jubilant and felt she could do it again if given the chance.