The question why cats are not mentioned in the Bible is a funny question if you haven’t thought of it before.  Let’s dive into this neglected question and see if we can come up with an answer.

A Short History of Cats

Historians believe ancient Egypt was the site of cat domestication, due to the clear depictions of house cats in Egyptian paintings about 3,600 years old.

Ancient Egyptians were the first to use cats as a form of pest control near food warehouses. They revered the cat as a hunter and worshiped them as gods and goddesses. The ancient Egyptians imposed the death penalty for killing cats.

When a family cat died in ancient Egypt, family members would mourn by shaving off their eyebrows. They gave them funerals during which they drank wine and beat their breasts. The cat was embalmed with a sculpted wooden mask and the tiny mummy was placed in the family tomb or in a pet cemetery with tiny mummies of mice.

Cats were also said to be the culprits of “The Black Death” during the Dark Ages because their population was highest in the world during that period. This they say originated from ancient Egyptian cats down to Europe.

So some scholars think that because of the deadly plagues associated with cats this might be the reason they aren’t mentioned. Or perhaps because they aren’t kosher animals and were worshipped by pagans. 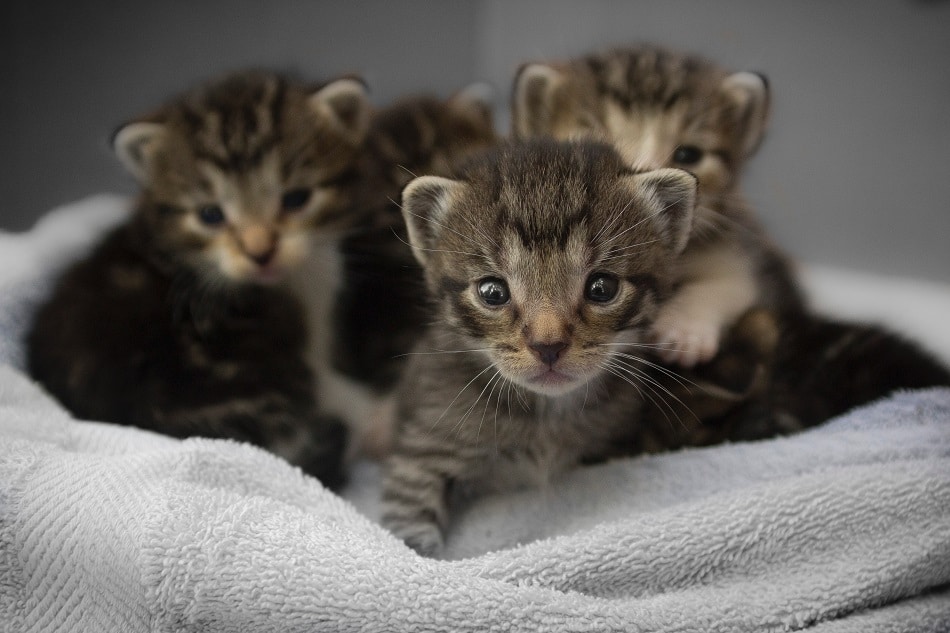 During the time of the Spanish Inquisition, Pope Innocent VIII condemned cats as evil and thousands of cats were burned. Unfortunately, the widespread killing of cats led to an explosion of the rat population, which caused an increase in the spreading of the Black Death.

During the Middle Ages, cats were associated with witchcraft, and on St. John’s Day, Europeans would stuff them into sacks and toss the cats into bonfires. On holy days, people celebrated by tossing cats from church towers.

It’s a wonder that they survived this long. Today, cats are North America’s most popular pets with 73 million cats. More than 30% of households in North America own a cat.