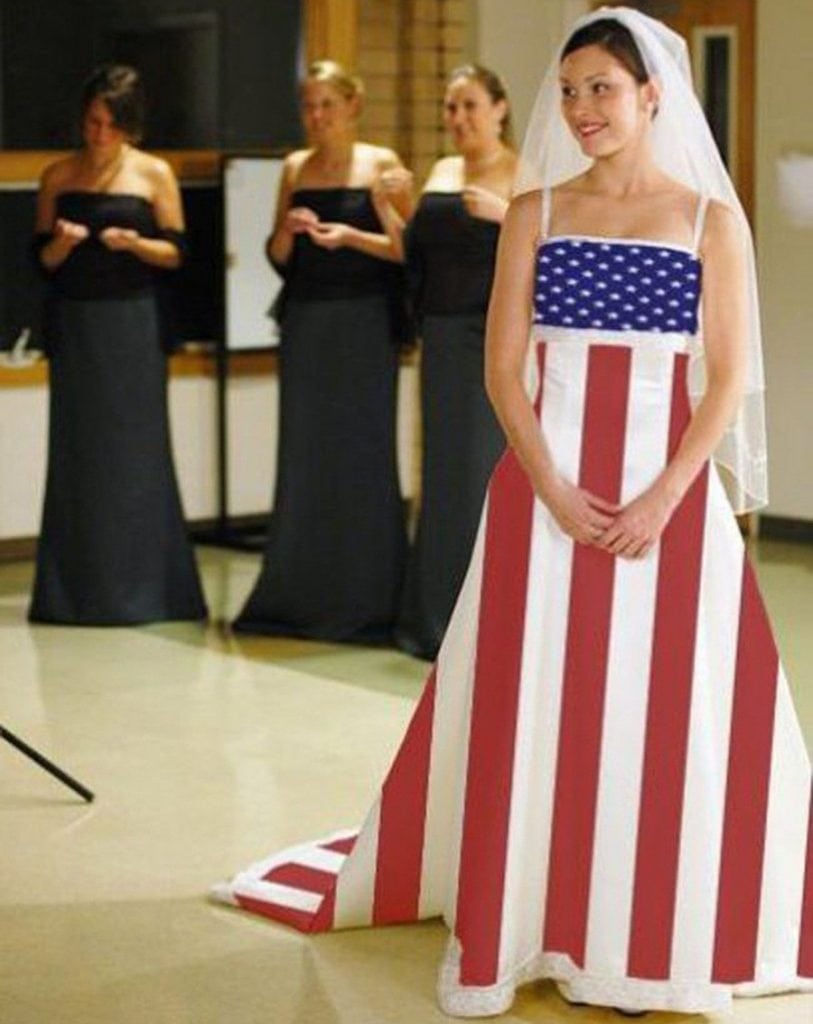 If the Red, White and Blue Wedding Gown wasn’t your style then try this one on. It’s the right choice if you are marrying a military man. Your wedding can start off with the Star Spangled Banner: “Oh, say can you see by the dawn’s early light
What so proudly we hailed at the twilight’s last gleaming?
Whose broad stripes and bright stars thru the perilous fight,
O’er the ramparts we watched were so gallantly streaming?
And the rocket’s red glare, the bombs bursting in air,
Gave proof through the night that our flag was still there.
Oh, say does that star-spangled banner yet wave
O’er the land of the free and the home of the brave?”