Don’t even think of visiting any of these destinations. You will not be allowed in. But you can see them in pictures. Let’s start the tour… 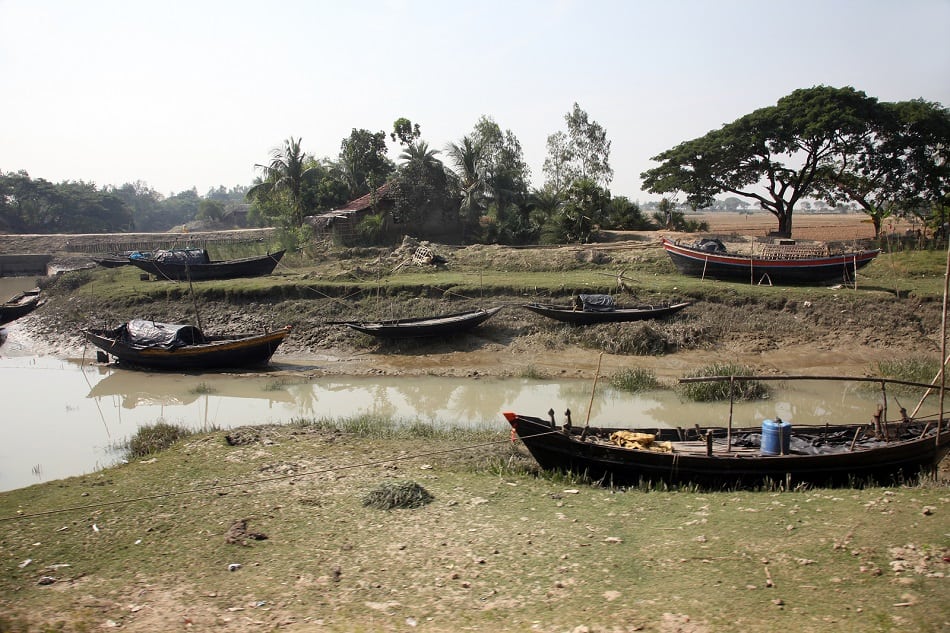 Known as the Sentinel Islands, this is considered to be be one of the most isolated places on Earth. With an estimated population of 400, this place is avoided because of the violence and cannibalism practiced by the residents of the island, which is about the size of Manhattan. 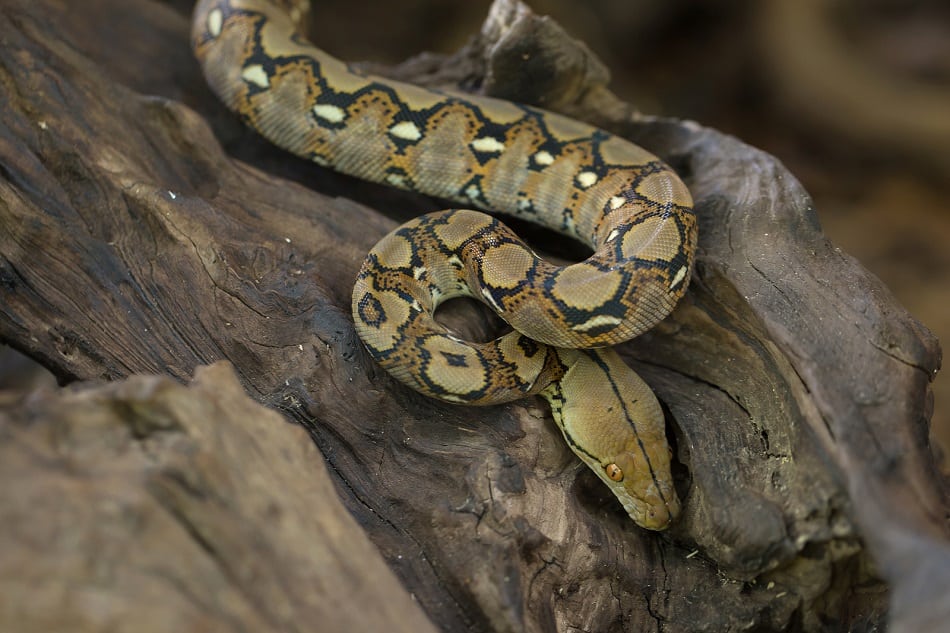 Home to thousands of venomous snakes, Snake Island is considered to be one of the most dangerous islands on Earth. No tour boats land here. So you’ll have to get your snake fix at your local zoo. 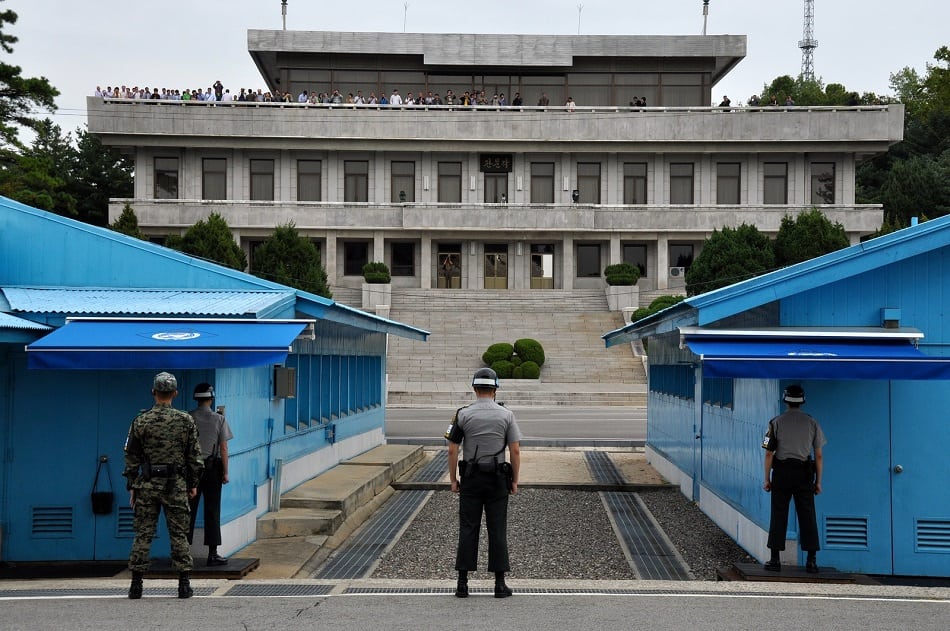 This is a North Korean party organization estimated to bring in between $500 million and $1 billion per year from illegal activities, such as counterfeit money, drug production and international insurance fraud. 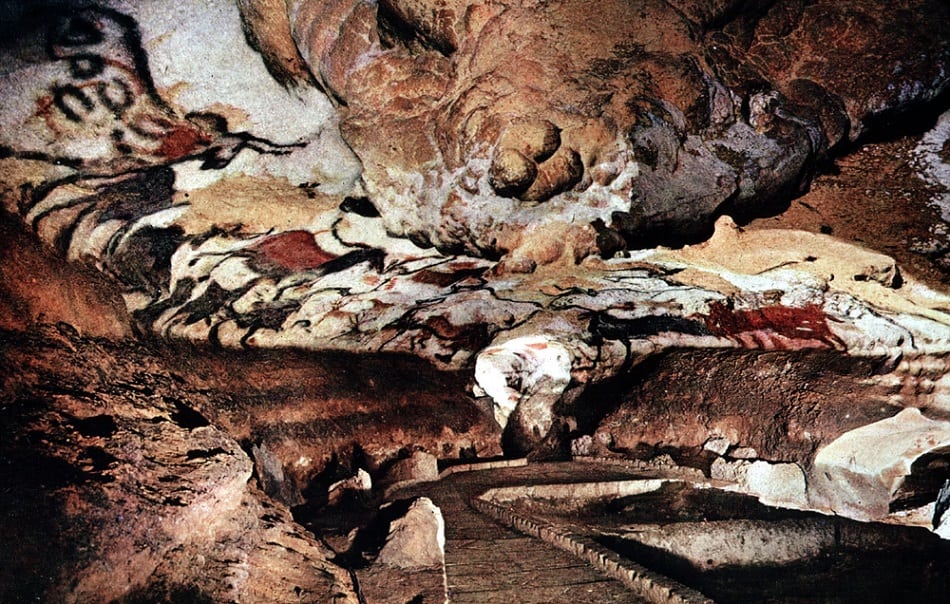 The Lascaux Caves used to be a major tourist attraction in France and widely visited by archeologists from around the world. The cave is now closed to the public for preservation reasons. 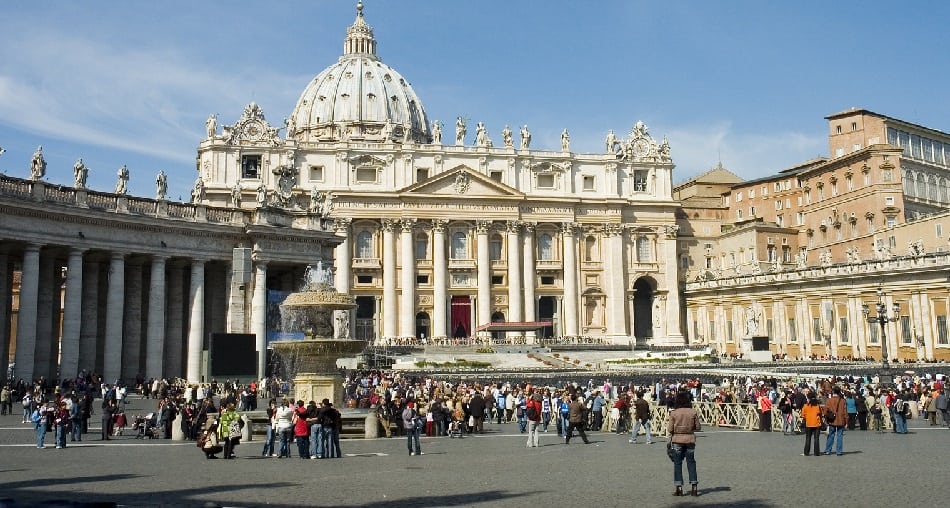 The Vatican Secret Archives are the central repository in Vatican City for all of the acts by the Pope. He owns the archives until his death or resignation, with ownership passing to his successor. The archives also contain the state papers, correspondence, papal account books, and many other documents which the church has acquired over the centuries. 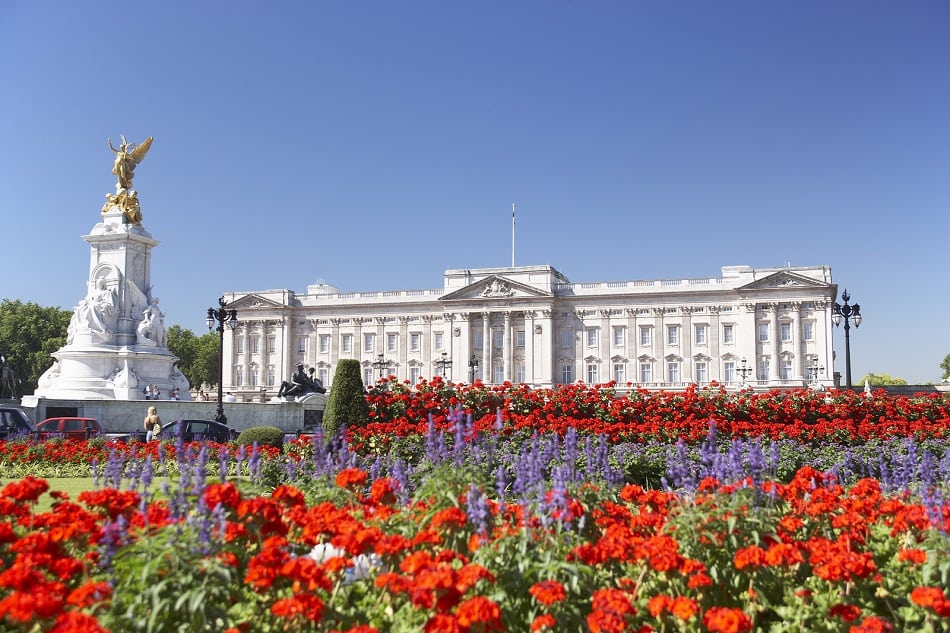 Located in a restricted corner of the Buckingham Palace in England. The Queen’s Bedroom is off limits to visitors. However, in 1982, it was broken into by a man named Michael Fagan. The incident was one of the 20th century’s worst royal security breaches. 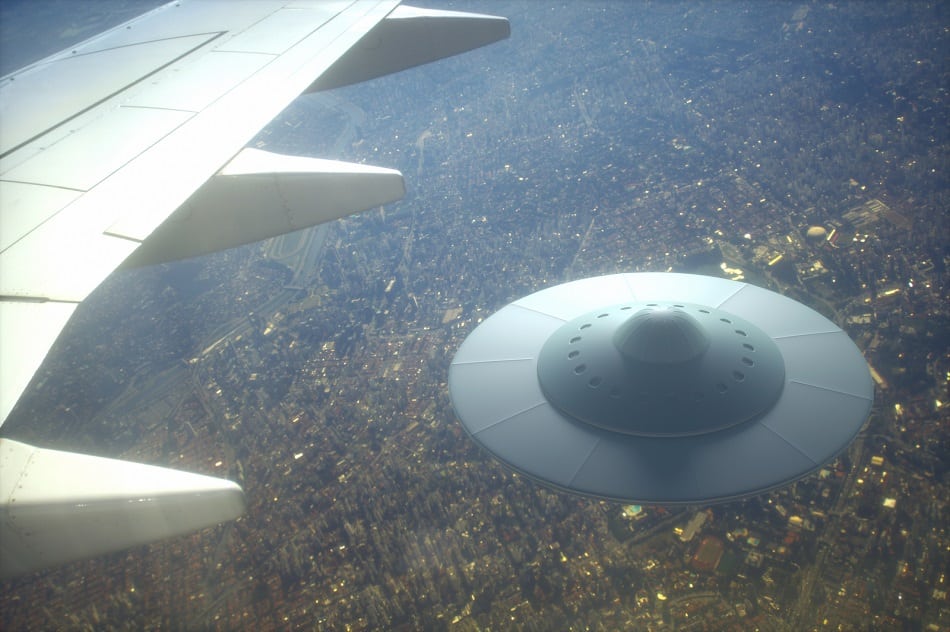 Also known as Area 51, this spot is famous for the development and testing of experimental aircraft and weapons systems also known as the Black Project. Area 51 is considered one of the best places to spot a UFO! 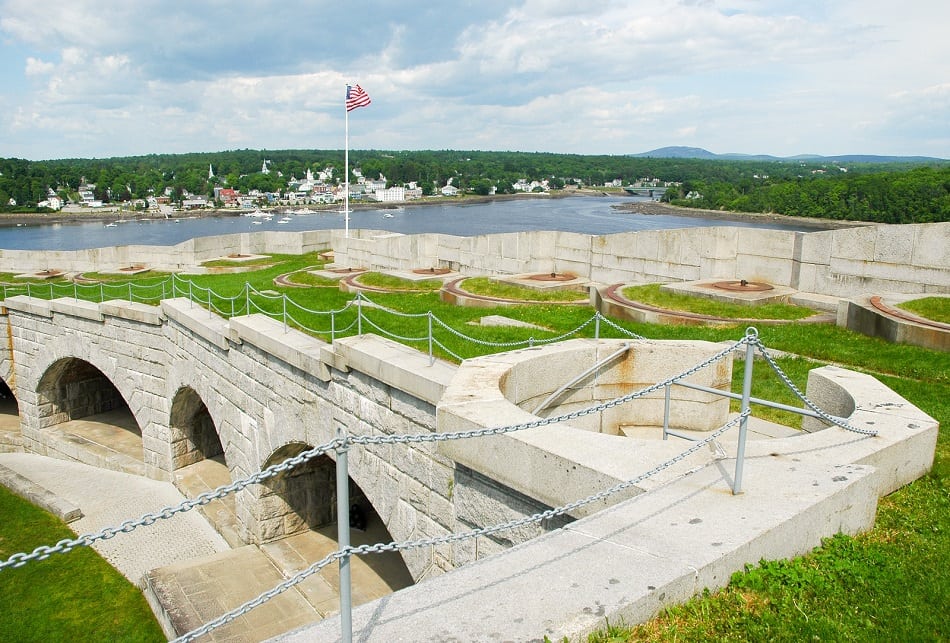 The United States Bullion Depository referred to as Fort Knox, is a fortified building located within the United States Army post of Fort Knox. The vault is used to store a large portion of United States official gold reserves and occasionally other precious items belonging or entrusted to the federal government. It is estimated to hold roughly 2.3% of all the gold ever refined throughout human history. 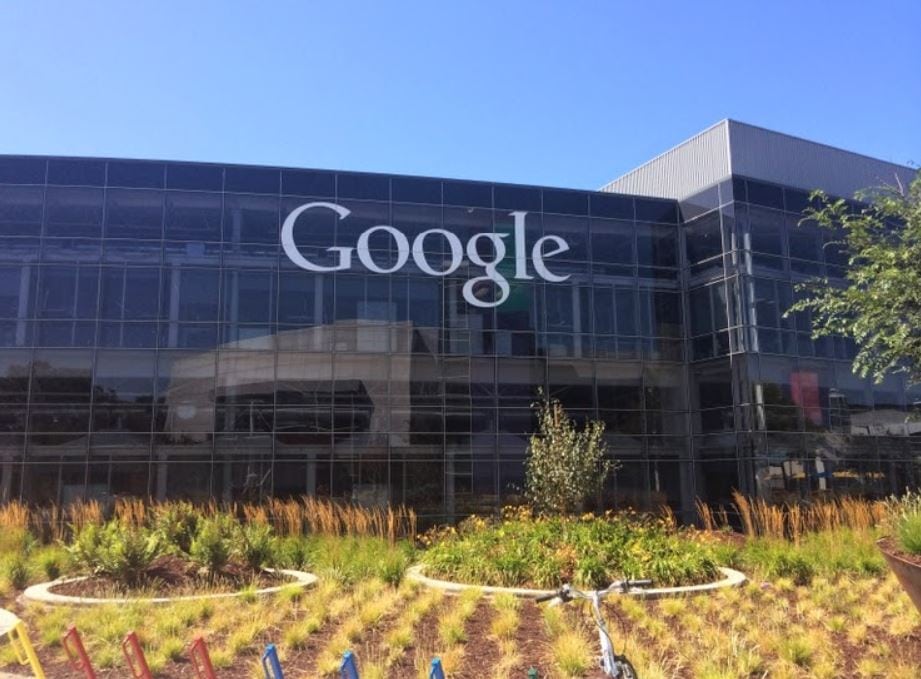 Google’s data center in the Netherlands, is the first Google data center to be powered by 100% renewable energy through a wind farm in nearby Delfzijl. Construction of the data center took two years to complete, and on average 1,500 people worked on-site each day during construction. But don’t count on anyone letting you in the door to see the interior it’s for Google employees only. 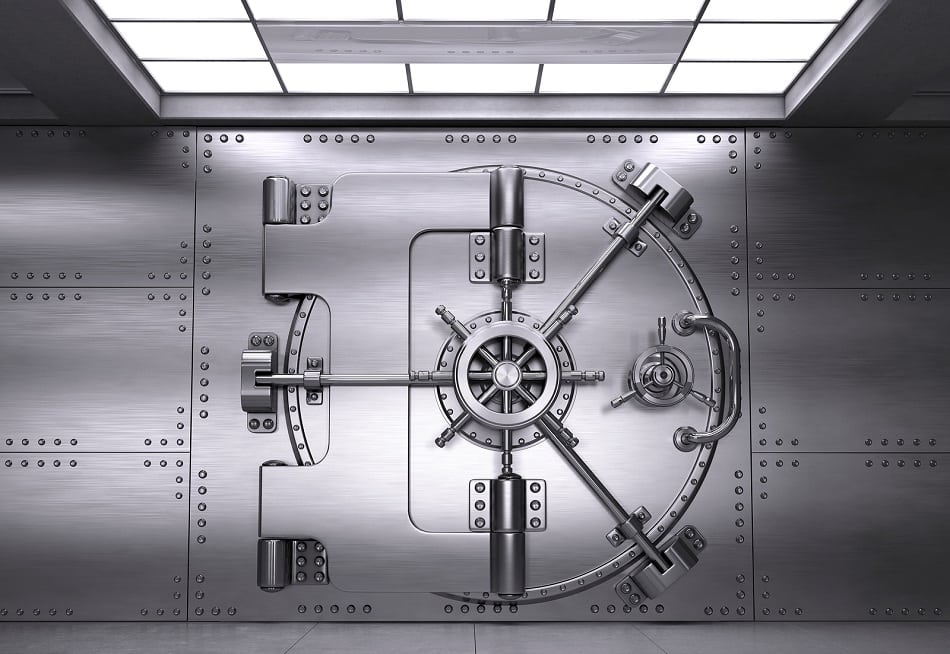 It hasn’t been moved in 86 years, but now the secret is out – The Coca-Cola Company has moved the 125-year-old secret formula for Coca-Cola from a vault at SunTrust Bank to its new location at the World of Coca-Cola in Atlanta. 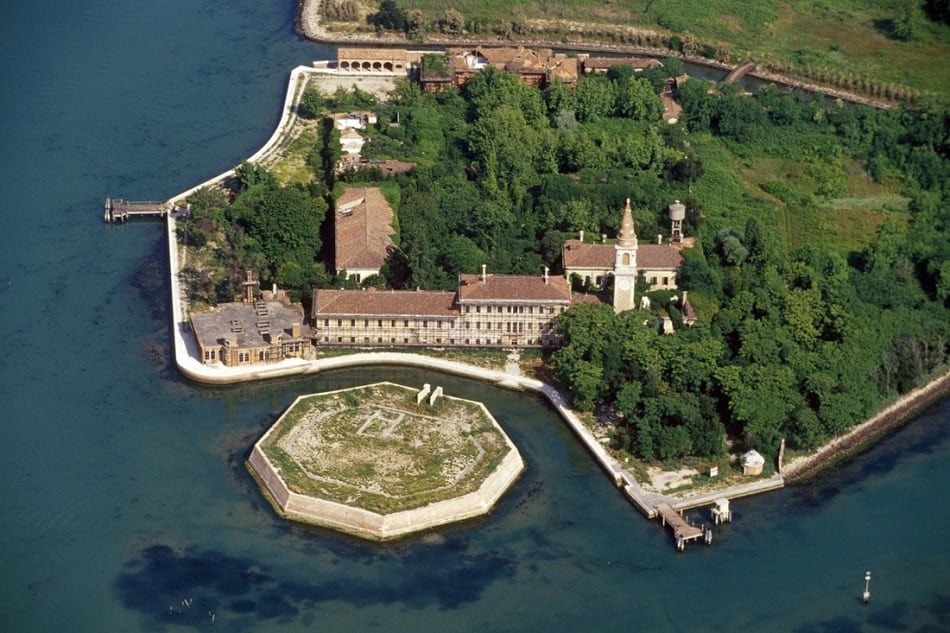 In the late 1800s, Poveglia was used as a quarantine station for sick travelers and in 1922 it turned into a mental asylum. It is believed that during those years, hospitalized patients were experimented on, lobotomized, and tortured. In 1968 the hospital was closed and shortly after the island abandoned and closed for good. It is now a restricted area because the Italian government intends to sell the estate to the highest bidder. So far, no one shows interest in the property. 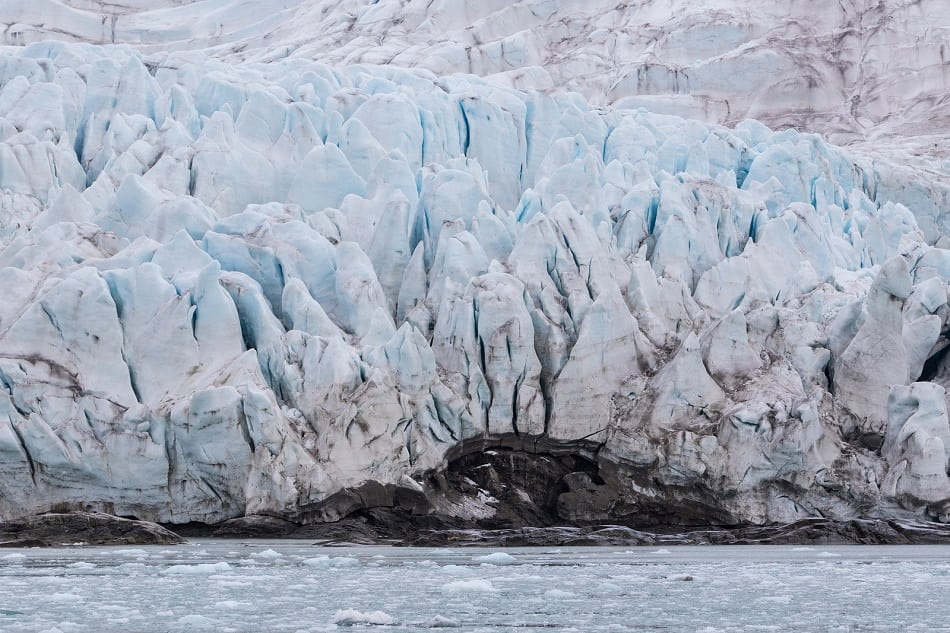 The Svalbard Global Seed Vault is a secure seed bank in Norway buried 390 feet beneath a sandstone mountain on Spitsbergen Island. It is the ideal back-up for the 1,750 seed banks from around the world and their rare precious specimens that have been gathered for decades. 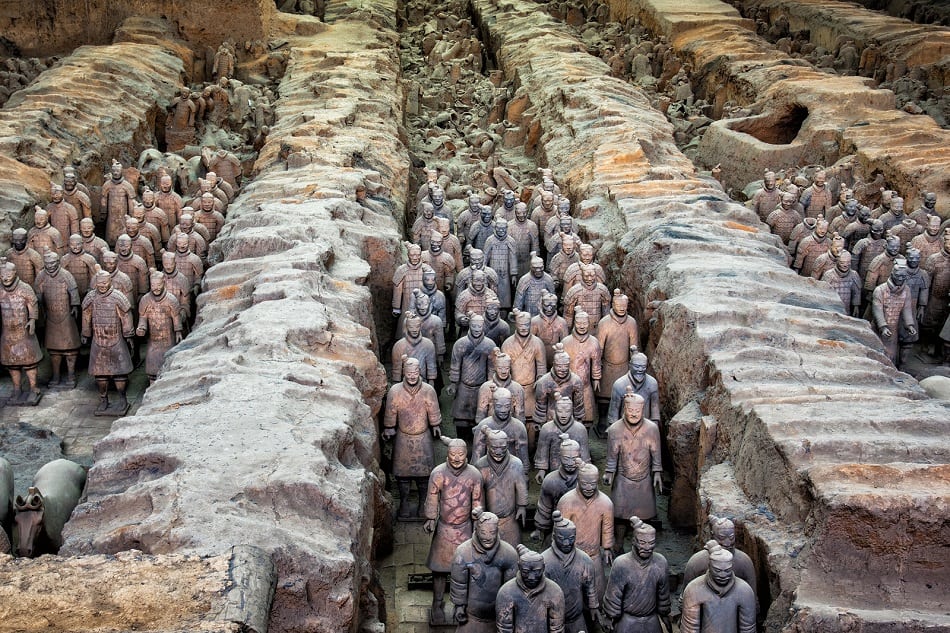 Qin’s tomb itself remains unexcavated due to researcher’s concern about the “complex conditions inside”. Visitors are simply not allowed in. 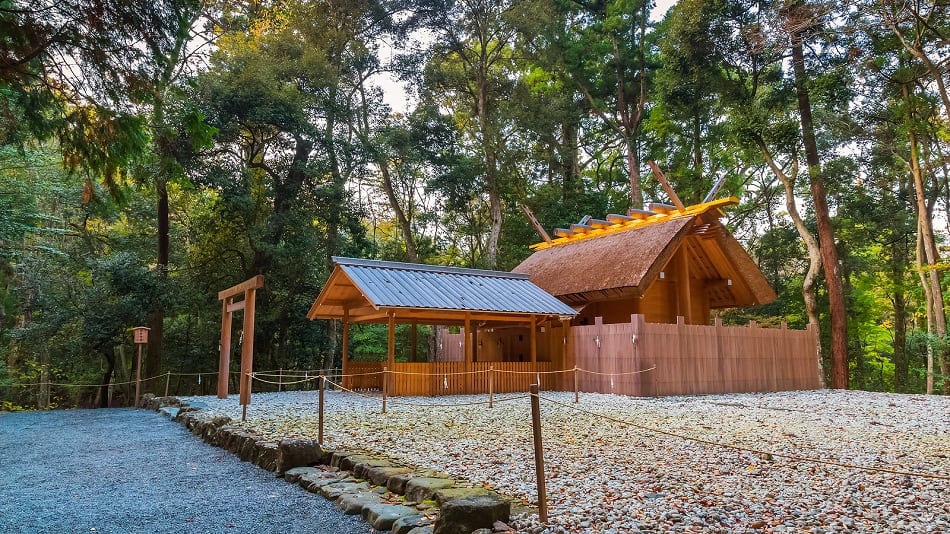 In existence since 4BC, only priests and priestesses of the royal family are allowed in. Every 20 years the shrine is demolished and rebuilt in keeping with the Shinto idea of death and rebirth. 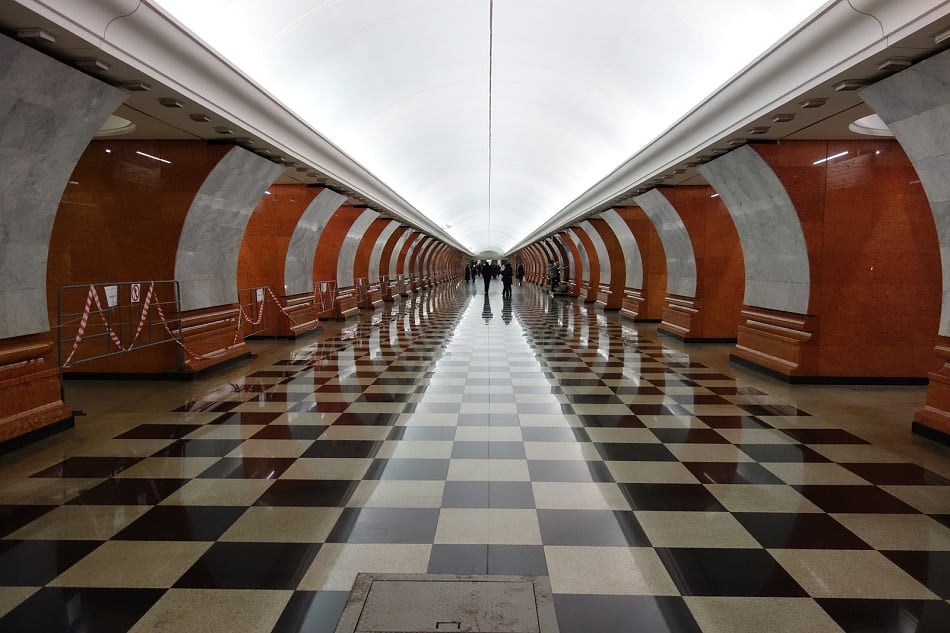 Supposedly built by Stalin for the Russian Secret Service and top government officials, this rumored secret subway has never been publicly acknowledged although people who worked on it have been interviewed and have revealed its existence. 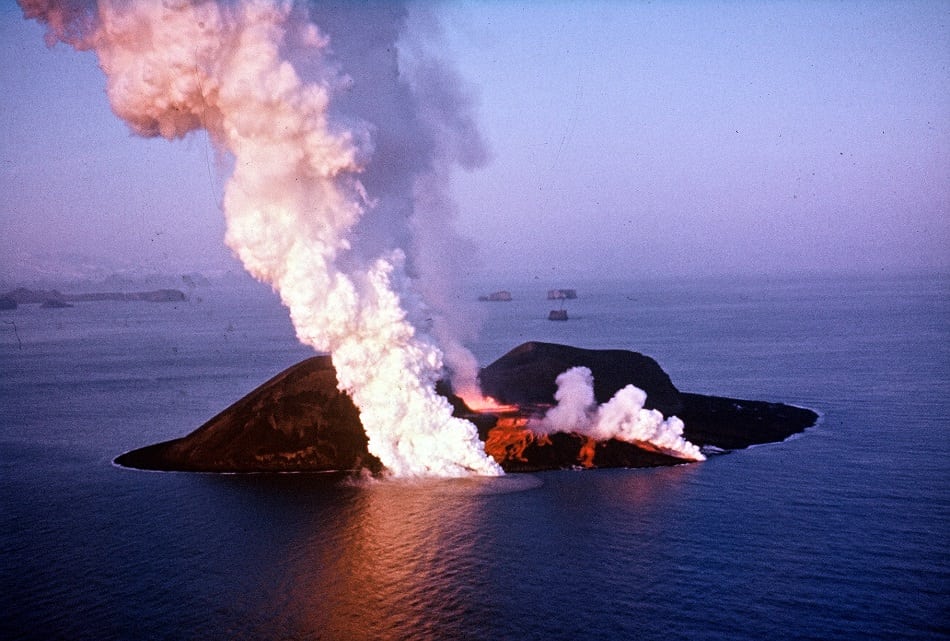 A small volcanic island located in the Vestmannaeyjar Archipelago off the southern coast of Iceland, Surtsey is one of the youngest islands in the world – it was formed in a volcanic eruption that lasted from 1963 to 1967. The island cannot be accessed by anyone except for a small group of scientists. This serves to allow for natural ecological succession to take place without outside interference. 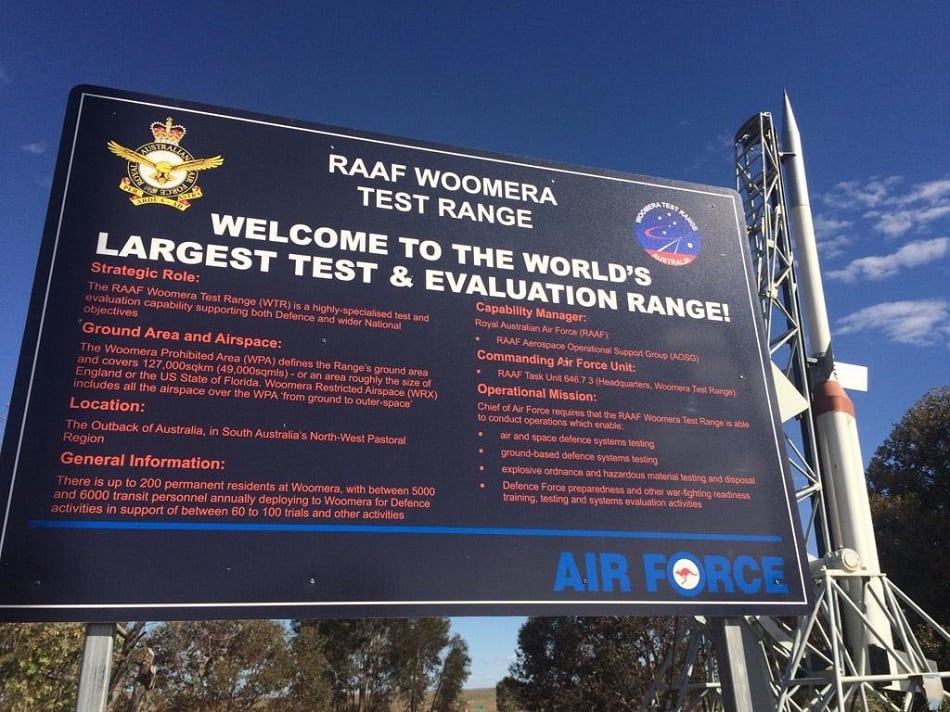 The Woomera Range Complex is a globally unique military testing range in South Australia. It is an important defense testing and evaluation asset that plays a significant role in Australia’s national security. 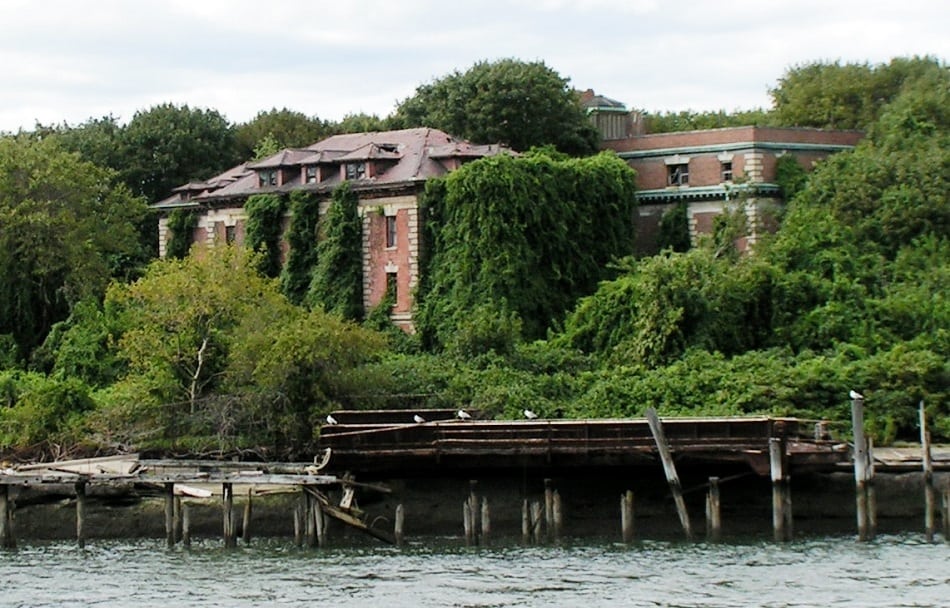 The northern of the islands was uninhabited until 1885, when Riverside Hospital moved in and treated small pox victims and others who had to be quarantined. Mary Mallon, also known as Typhoid Mary, was confined to the island for over two decades until she died there in 1938. The hospital closed shortly thereafter. Now a bird sanctuary for herons and other wading shorebirds, the island is currently abandoned and off-limits to the public. 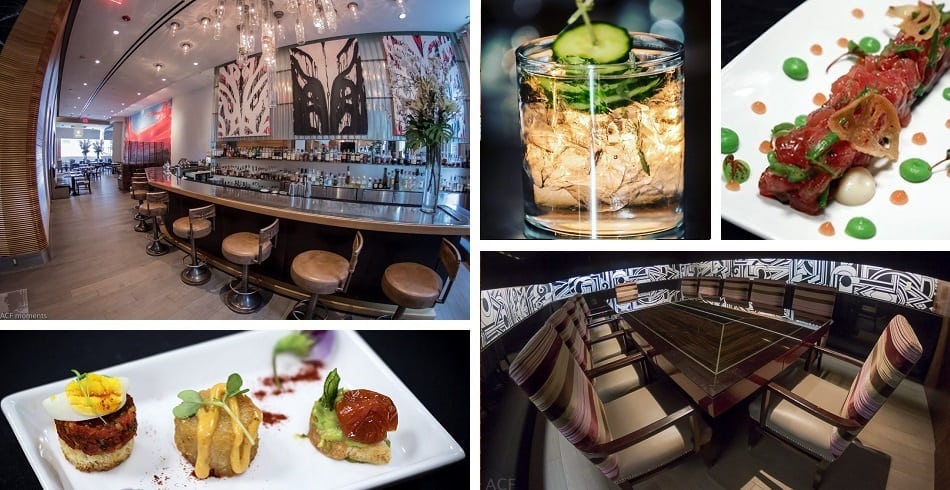 Unless you can afford the fees: $50,000 registration fee + $15,000 per year. This club is off limits to you. Members include former Yahoo CEO Jerry Yang, Roger Waters of Pink Floyd and fashion designer Kenneth Cole.

The Hurlingham Club is an exclusive sports and social club located in London, England. It has a Georgian clubhouse set in 42 acres of grounds. There is currently a thirty-year waiting list for membership, but children of current members are given preference when vacancies do arise. The club currently has around 13,000 members.