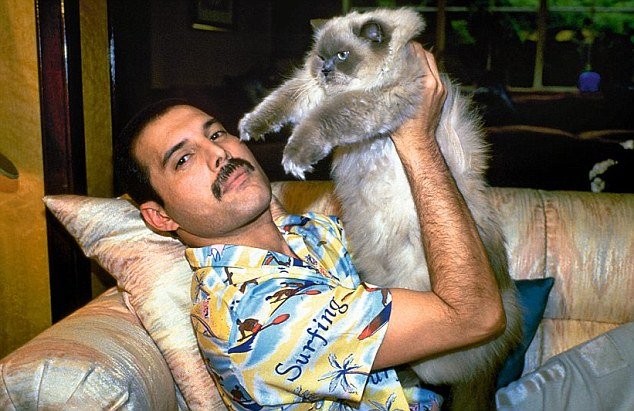 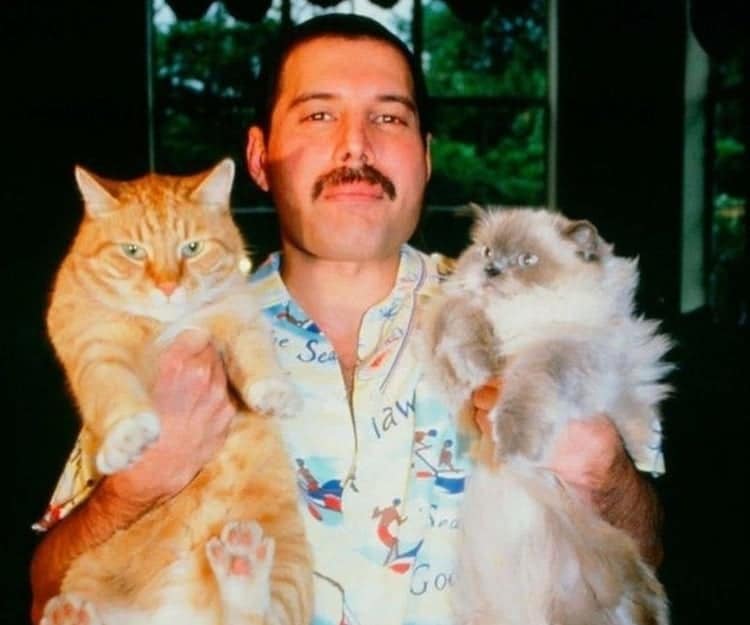 Freddie’s cats reportedly had their own bedrooms in his London Mansion and hs often had more concern about his cats than most human interaction and or contact.