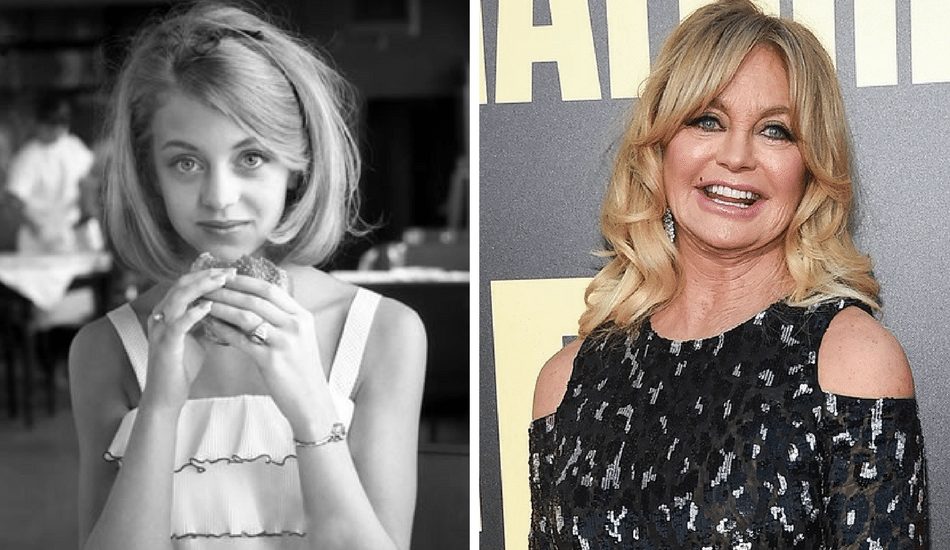 Although she is 72, this adorably funny actress is still going strong. She’s been acting for three decades and first came to national attention with her hilarious performances on TV’s Laugh-In. Goldie won an Academy Award for Best Supporting Actress and the Golden Globe Award for Best Supporting Actress for her performance in the 60’s movie Cactus Flower. She is the mother of three children, Wyatt Russel, Oliver Hudson and the lovely Kate Hudson who resembles her when she was young.