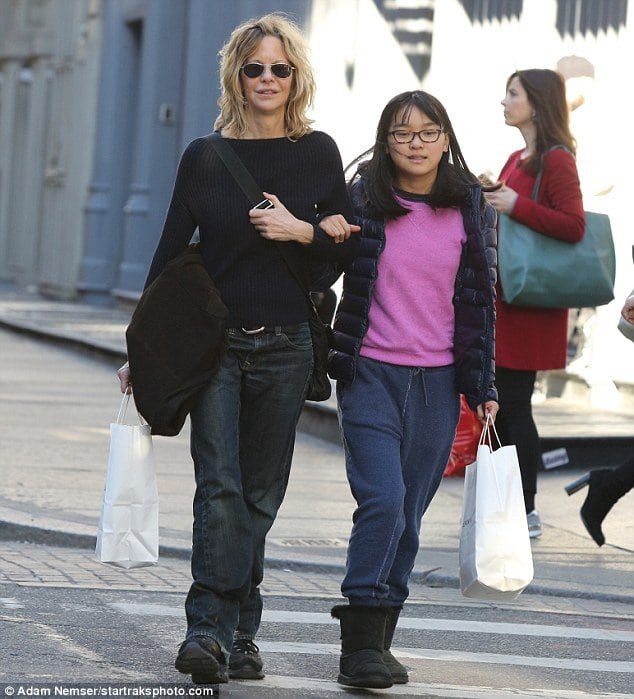 America’s Sweetheart, Meg Ryan and actor Dennis Quaid had one son together, Jack. But after they called it quits, Meg decided she wanted another child, so in 2006, she adopted Daisy True from China. Meg explained that in China the adoption process includes a lottery system and Daisy was randomly assigned to her. Meg points out, “But that said, I am convinced, completely convinced that there was nothing random about it. She is the daughter I should have.” About being a single mom Meg shares: “…Jack has his dad and they’re close, he’ll always have that. But when you’re the only one in the house with the kids, you get to be the one in charge. You’re the one making the rules. There’s no stress because you and some other adult don’t agree on how you want to raise your kids.”
[/one_half_last]