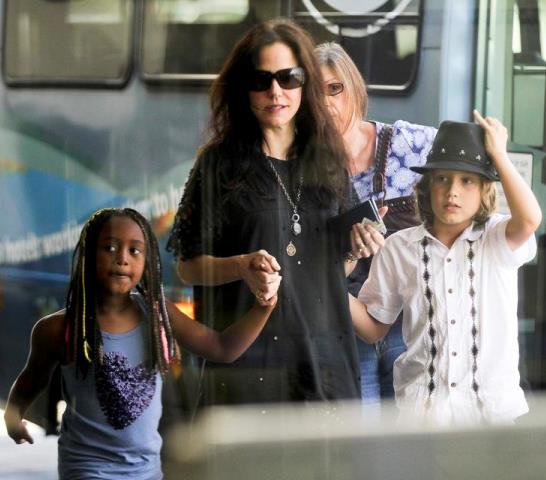 Weeds Actress Mary Louise Parker is the proud mother of two children. The father of Parker’s first child is actor Billy Crudup. They were in a five-year relationship when Crudup left her for actress Claire Danes while she was seven months pregnant. So Parker gave birth as a single mom to William Atticus Parker in 2004 and his godmother was actress Susan Sarandon. Later Parker got engaged to actor Jeffrey Dean Morgan but they broke up before they walked down the aisle. Even though lasting love and marriage have evaded Mary Louise, she was determined to have another baby anyway and in September 2007, Parker adopted a baby girl, Caroline Aberash Parker, from Ethiopia.
[/one_half_last]