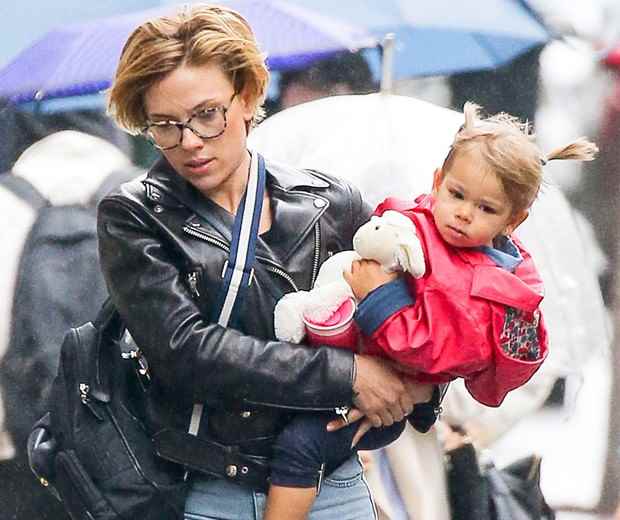 Actress Scarlett Johansson’s and her ex-husband, Romain Dauriac co-parent their four-year-old daughter Rose Dorothy. They married in Philipsburg, Montana, in 2014 and separated two years later. The actress is very open about her struggles with motherhood. “I don’t profess to know anything about parenting, anything more than anybody else, [but] being a working mom is an incredible challenge, [and] it’s an incredible gift,” she told Entertainment Tonight. “I think you always feel a little bit of guilt,” the actress continued, “If you’re at work, you feel like you’re missing out on those special moments with your kid. If you’re with your kid, you feel like you’re not giving enough to your job. It’s a balance.”
[/one_half_last]