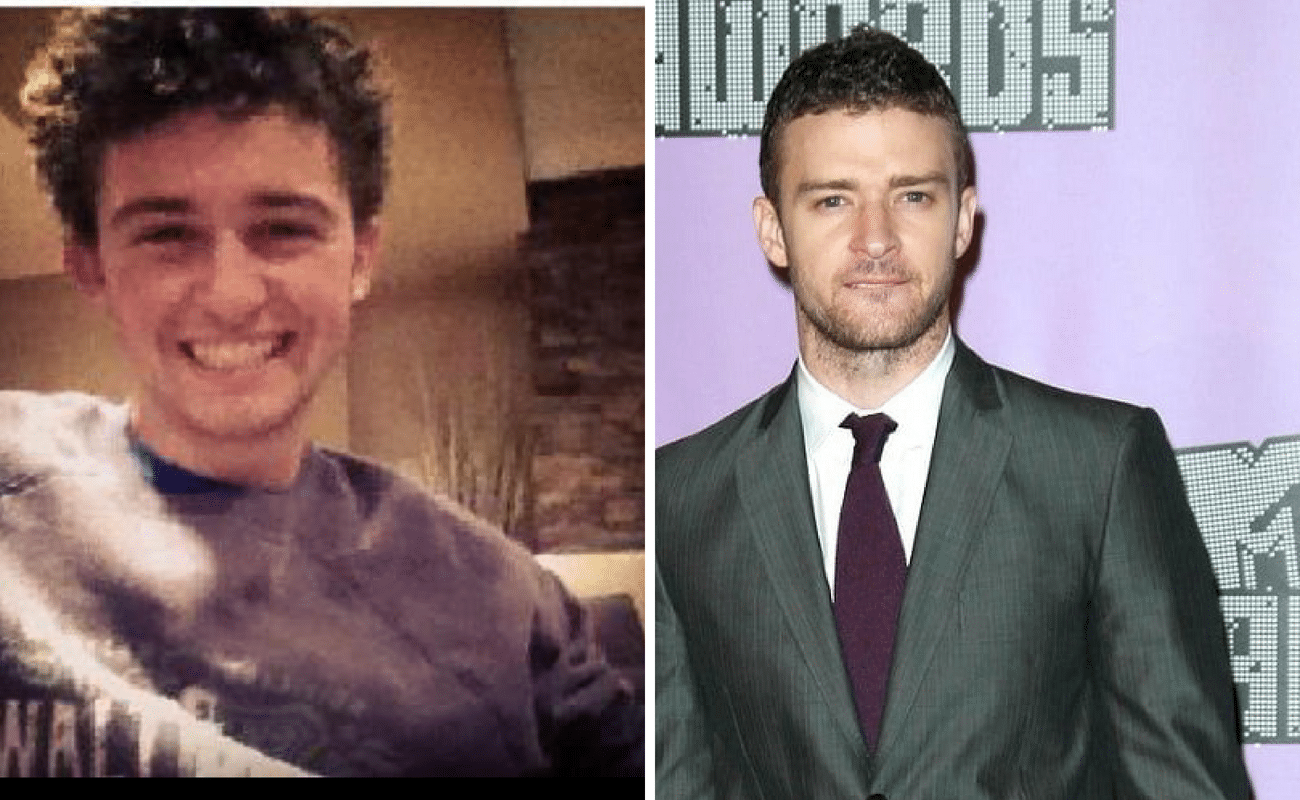 What’s it like to look like one of the most famous pop singers of the 90s? Must be awesome and this kid looks really happy about it. Timberlake got his start on ‘The New Mickey Mouse Club’ and then became a fan favorite with the boy band *NSYNC. He moved on to a solo career and his first solo album, Justified, sold more than 7 million copies worldwide. He has won 10 Grammy Awards, 4 Emmy Awards, 7 American Music Awards, 3 Brit Awards, and 9 Billboard Music Awards.