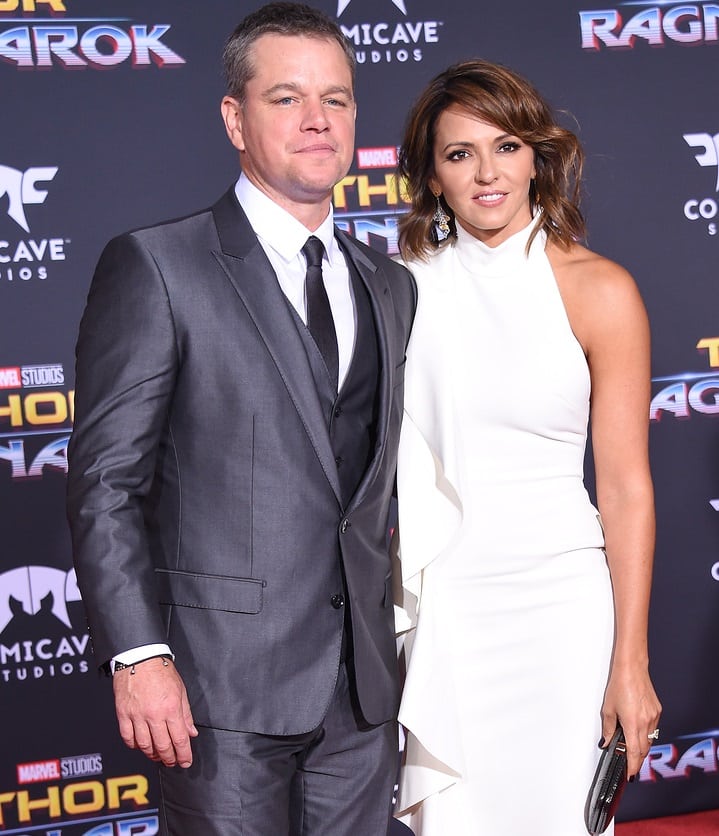 Bourne actor Matt Damon described meeting wife Luciana Barroso, “I decided to do this movie [Stuck on You] with the Farrelly brothers in 2002…One night in the middle of the shoot, the crew, a couple guys, said, ‘We’re going to get a beer somewhere.’ [They] kind of dragged me along…I literally saw her across a crowded room, literally,” Damon said. “Eight years and four kids later, that’s my life. I don’t know how else our paths would’ve crossed if that didn’t happen.”