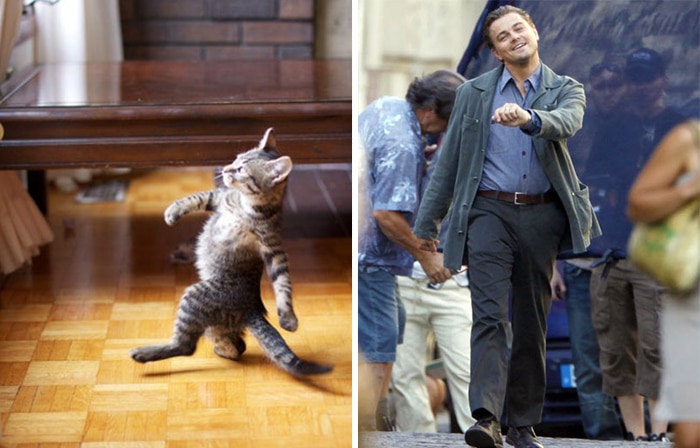 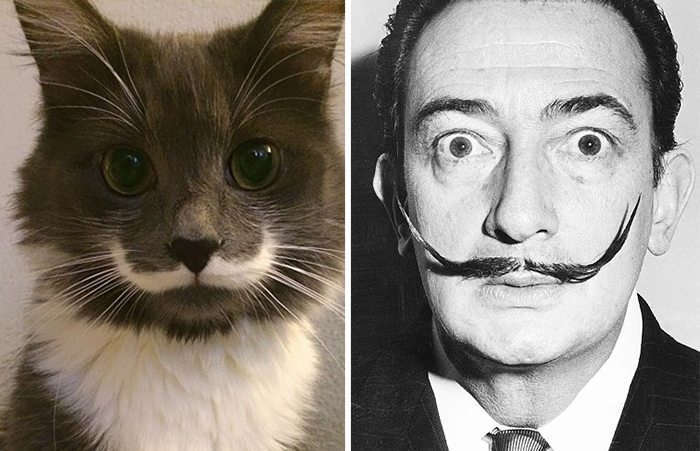 This cat looks a lot happier and a lot less weird looking than Salvador Dali but we see the likeness.