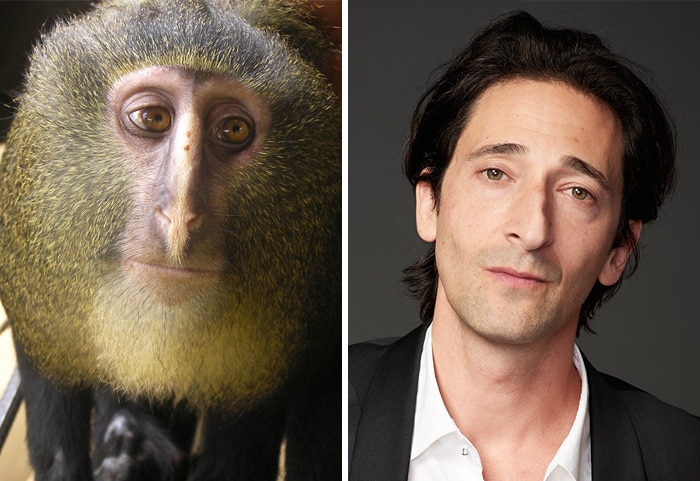 The Lesula Monkey looks like Adrienne Brody, there no doubting it.
Actor and producer Adrienne Brody is an academy award winner and has starred in numerous movies and T.V. shows such as the Pianist and Peaky Blinders.

The Lesula Monkey is native to the Congo, unlike Brody who is a native of New York. However, in spite of their geographical differences, the physical similarities of their faces are uncanny such as their long noses and the pondering look!

Both Ice Cube and this puppy have an intense look
[/two_third]