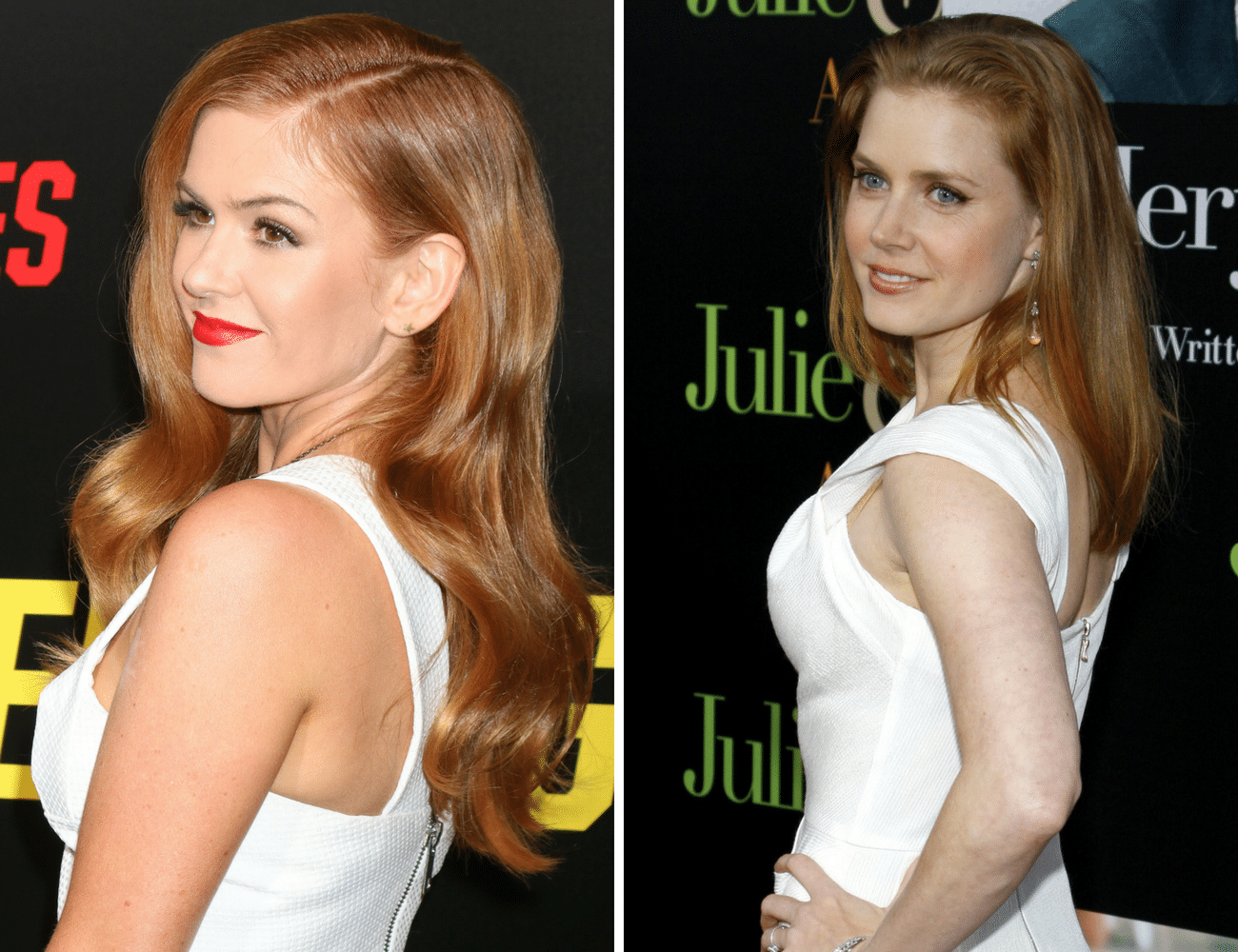 Redhead Isla Fisher admits that people confuse her with actress Amy Adams all the time. It got so bad that Isla had to put out a press release clearing up the error. Once at an Oscar after party, Lady Gaga said to her, ‘Thank you. Your performance in American Hustle, Amy….’” And Isla didn’t correct her! However, both Isla and Amy starred in the thriller, Nocturnal Animals which proves they are two different women.