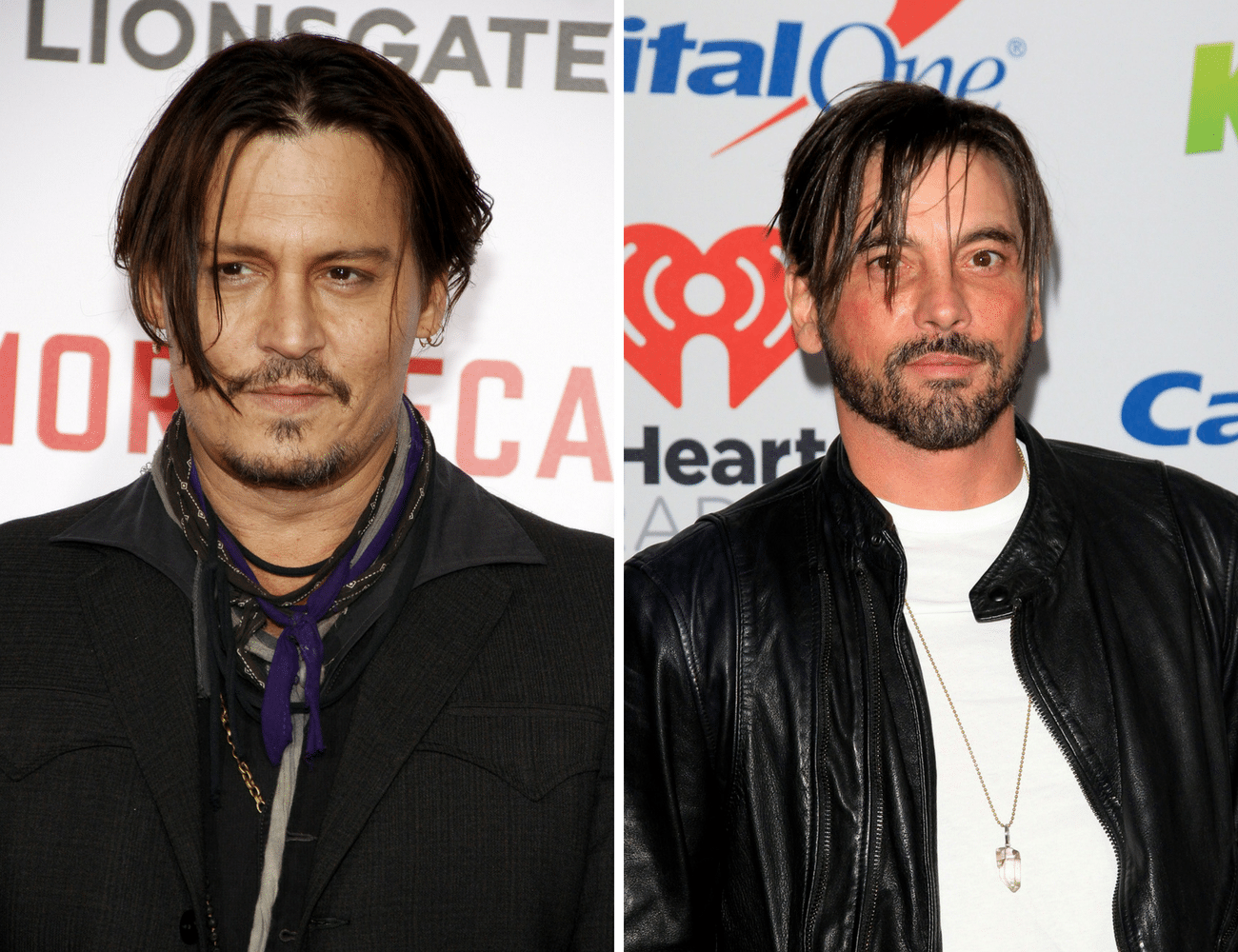 Skeet Ulrich, 48, would rather not be compared to Johnny Depp, 55, but everybody seems to think the two actors look totally alike. Even ‘Saturday Night Live’ has made Ulrich-Depp clone jokes. David Spade flashed a picture of the good-looking Ulrich and announced: ”Skeet, Johnny Depp called. He wants his DNA back.” Not only are they handsome, dark-haired, 5′ 10″ tall, they have also both starred in films by the director Wes Craven. Craven gave Depp his first role, ”A Nightmare on Elm Street,” and directed Ulrich in the horror spoof ”Scream”. Both Ulrich and Depp are divorced with two children.