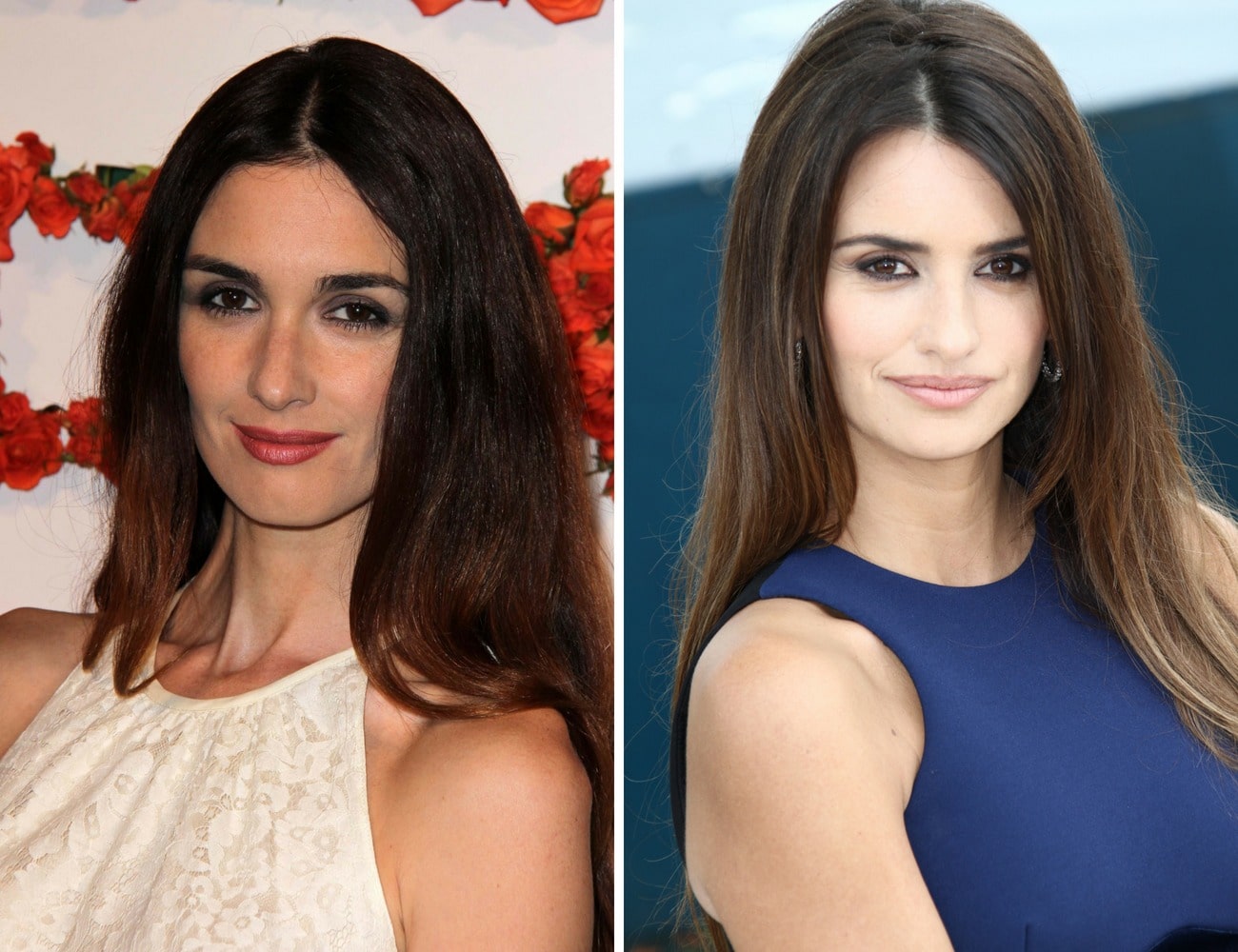 These two raven-haired beauties were both born in Spain! Penélope Cruz, 44, is famous for her role in Pirates of the Caribbean. She is married to her Vicky Cristina Barcelona co-star Javier Bardem and they have two children. Paz Vega has starred in dozens of films in Europe and North America and is currently starring in the Spanish language show “Fugitiva”. Vega, who starred opposite Adam Sandler in the totally underrated Spanglish, is 42 years old and has three children.