These high-profile former couples have seen it all and done it all. One thing they thought wouldn’t happen was splitting up with their “soul mates”. But it happened and now they have to move on and raise their children living in two separate homes and locations. How do they manage to raise happy, healthy children? Here are their secrets to co-parenting now that they are no longer together. 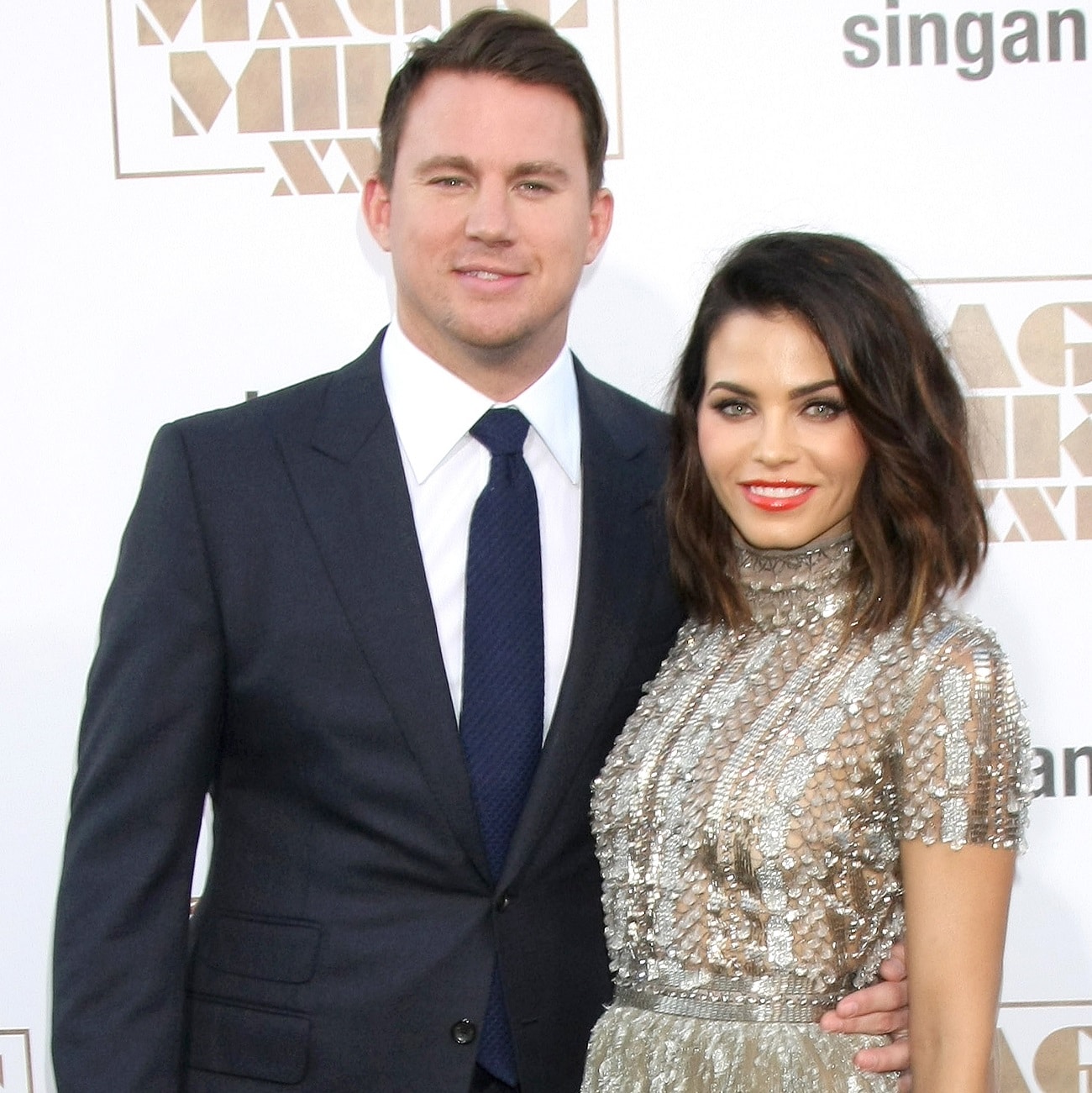 In an interview with Harper’s Bazaar, actress/dancer Jenna Dewan revealed that she is adjusting to her “new normal” and life as a single mom. Dewan said, “We’re in a very positive energy together, trying to be the best parents to Everly. We support each other.” Despite the break-up Dewan and Tatum still love each other, “we fell deeply in love so many years ago and have had a magical journey together. Absolutely nothing has changed about how much we love one another, but love is a beautiful adventure that is taking us on different paths for now.” 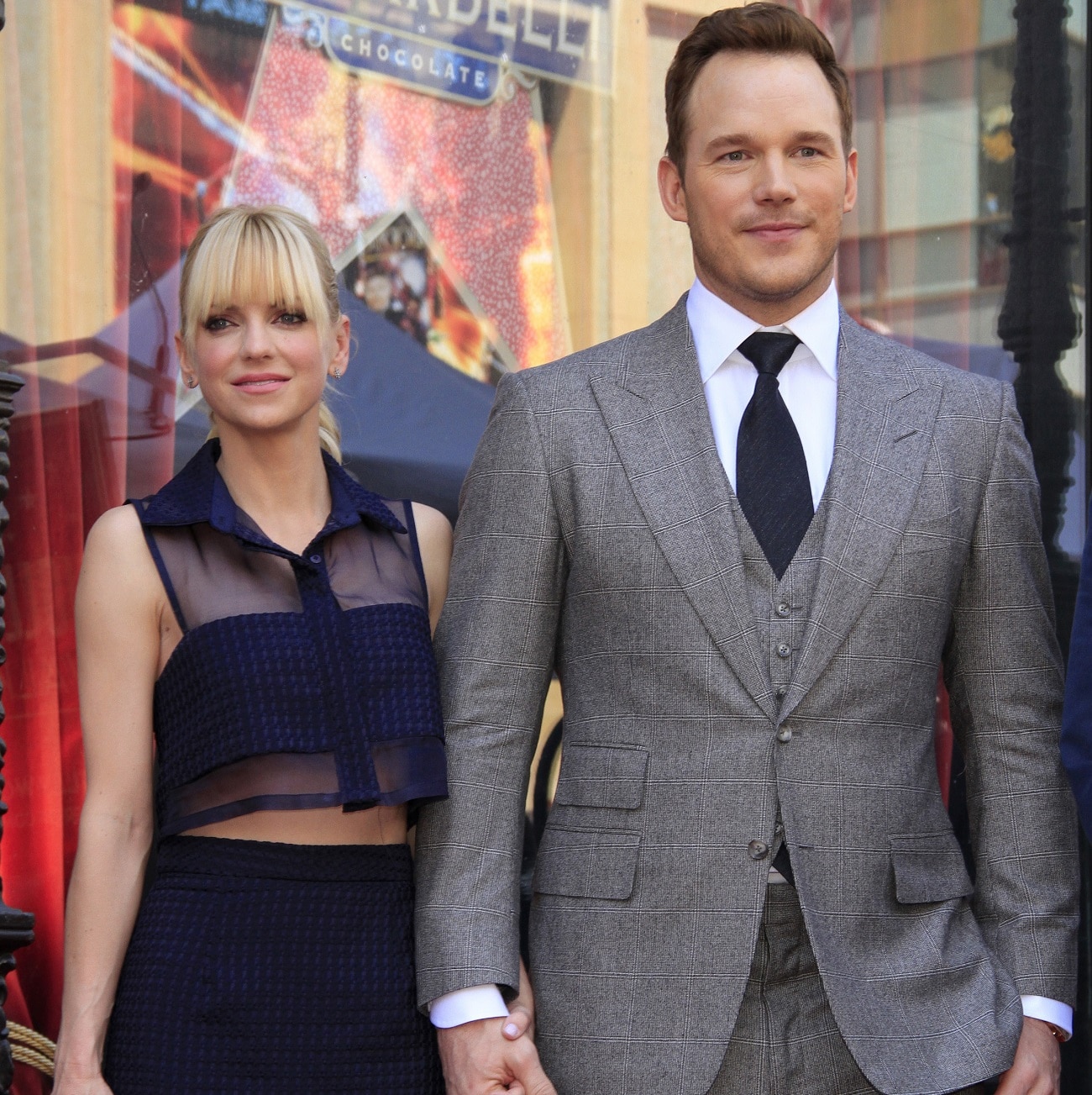 These popular actors split up after eight years of marriage. Anna Faris explained to Extra what it means to co-parent their special needs 5-year-old son. “We are great and there’s so much friendship and love, and we surround Jack with love, and funny, kind, happy people, and as a result, he is really happy.” In an interview with E! News she said, “We constantly reinforce what a great kid he is…[and] discipline when he’s being a little bit naughty. I think the key is surrounding him with a lot of joy and happiness, which he has a ton of.”

Parents to Deacon, 14, and Ava, 18, Crash actor Ryan Phillippe told Entertainment Tonight, “You have to get to that point as a divorced parent, as any parent, where you’re not putting yourself first. You want the kids’ experience to be its own and not like, ‘Well, I need to have my time!’ We have been very good about that.” How do they manage holidays? “Last year, my kids and I went to my parents’ in Delaware, this year they will be with their mom and I am shooting a movie up in Toronto. I am going to fly down to Philly and just have a Thanksgiving with my parents and the kids get to be with Reese.” 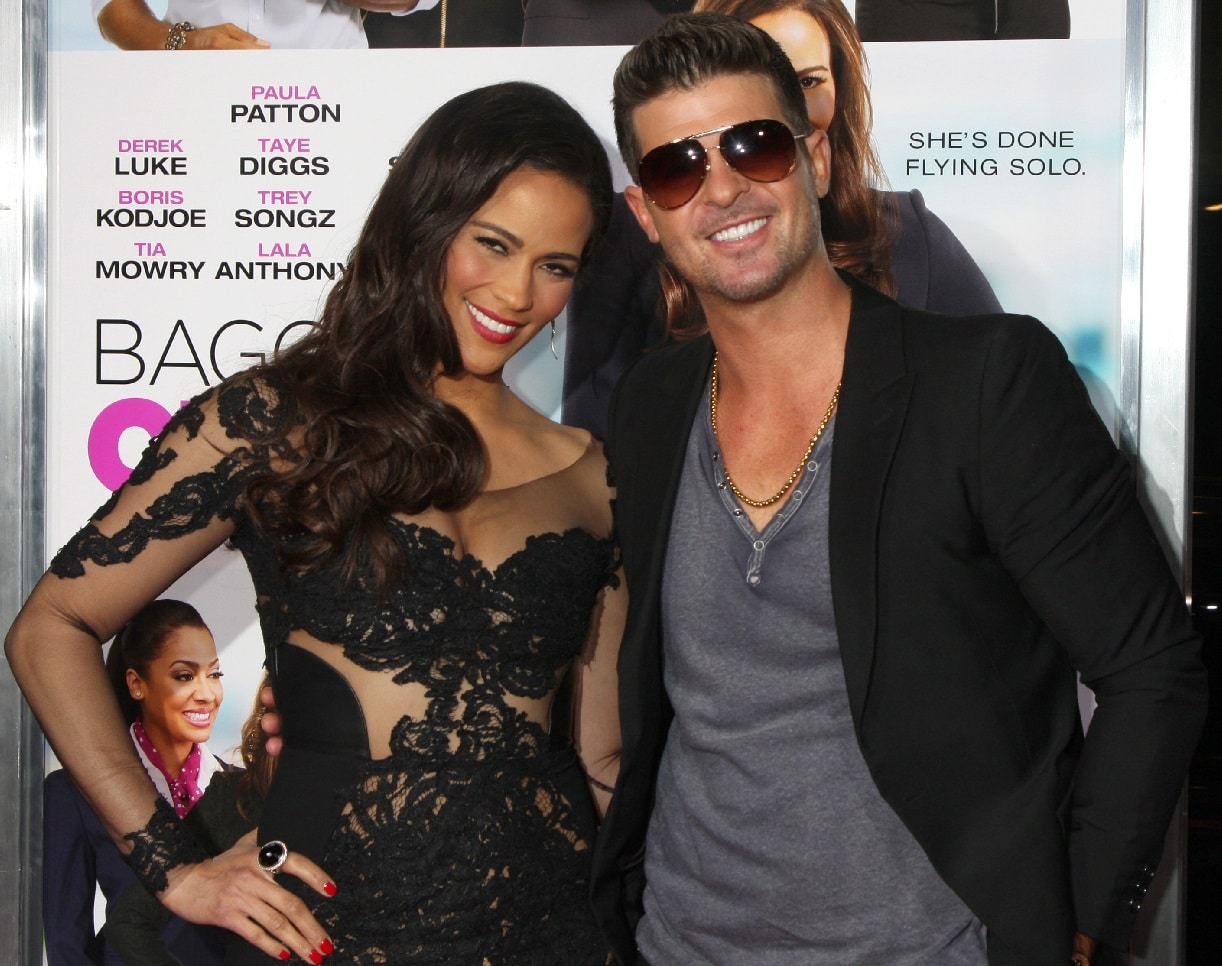 After nine years of marriage and a messy split, Mission Impossible actress Paula Patton went through a difficult custody battle over her son Julian Fuego with Blurred Lines singer, Robin Thicke. She told Extra TV that the key to successful co-parenting with Thicke was ” to live in the now. You have to forgive. That was then, this is now. You don’t have to hold on to anything. You are not doing your children any service. Bring as much peace and harmony to their life as you can.” 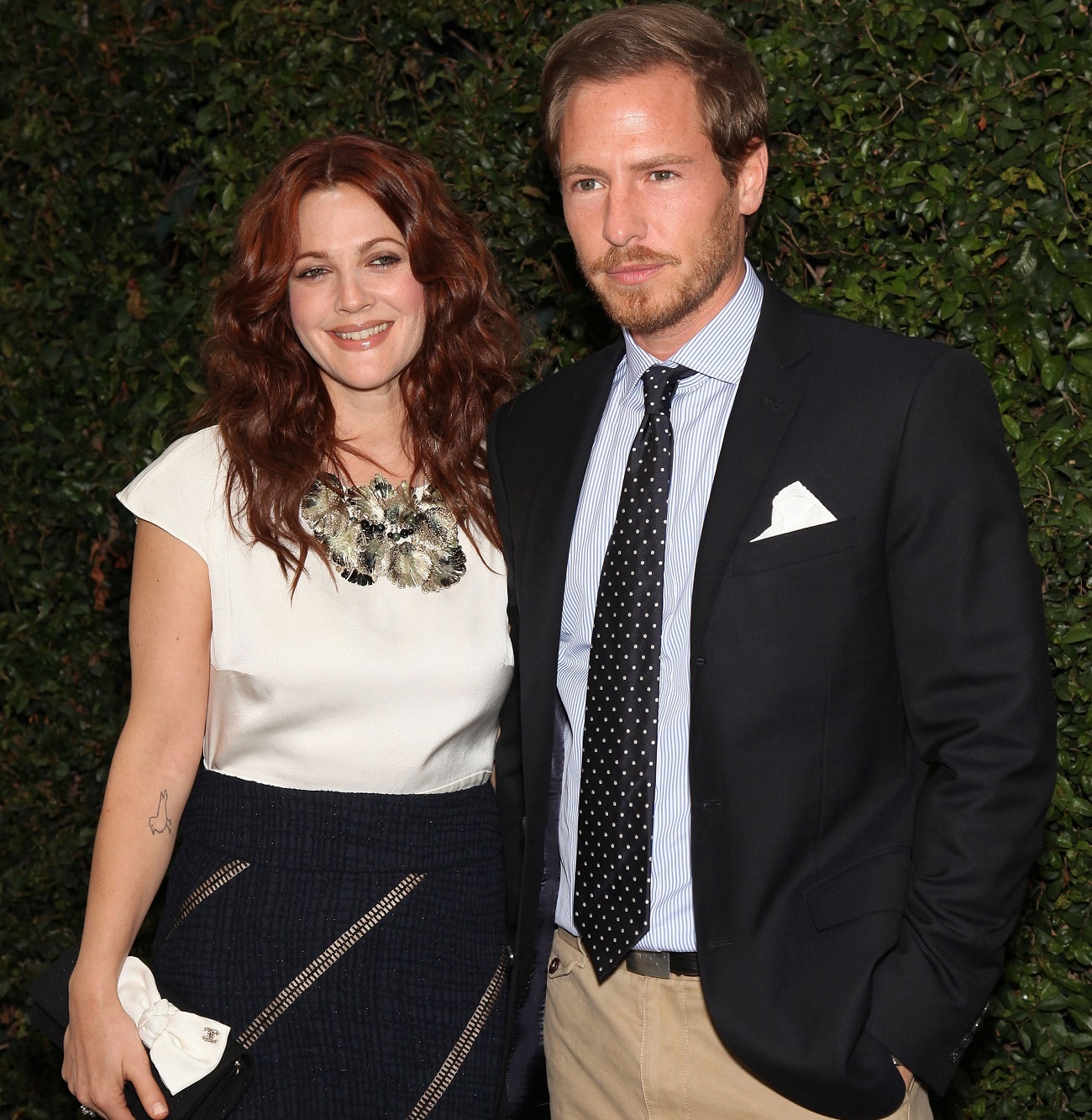 Divorced after four years of marriage and parents to daughters Olive, 5, and Frankie, 3, Fifty First Dates actress Barrymore shared her secret to co-parenting, “I think plans, constant plans,” she revealed to Entertainment Tonight. “I woke up to an email from my children’s grandmother this morning, Coco, saying ‘I think for my birthday we’re going to do it on the 14th. Can you make that date? Because it’s not the same without you, I have to make sure that that date works for you.’ I feel honored that my children’s grandmother — her love and acceptance means the world to me. So you just be a family. Families are many different definitions in this day and age.”

Although they broke up after 10 years of marriage, actor/producer Ben Affleck said in an interview with CBS This Morning about co-parenting kids Violet, 12, Seraphina, 9, and Samuel, 6, “We’re doing our very best and we’re putting our kids first and that’s how we’re focusing on our day to day lives and we don’t know what the future’s going to hold, but each step that we take is one where we prioritize our children and everything else comes second.” Affleck said that he admires and respects Garner and they are still excellent friends.

This power couple split after 10 years but continue to co-parent daughter Apple, 13, and son Moses, 11. “We’re a family,” Iron Man actress Gwyneth Paltrow said in an interview with Today. “Even though we’re not in a romantic relationship, we’re a true family and we like to do things to reinforce that we’re a family for the children and for each other.” She said that “[Martin is] a great dad and so, I feel lucky that we both, along the way, have been able to really put down our own stuff while we’re together with the family and that we make it a priority to be together…” 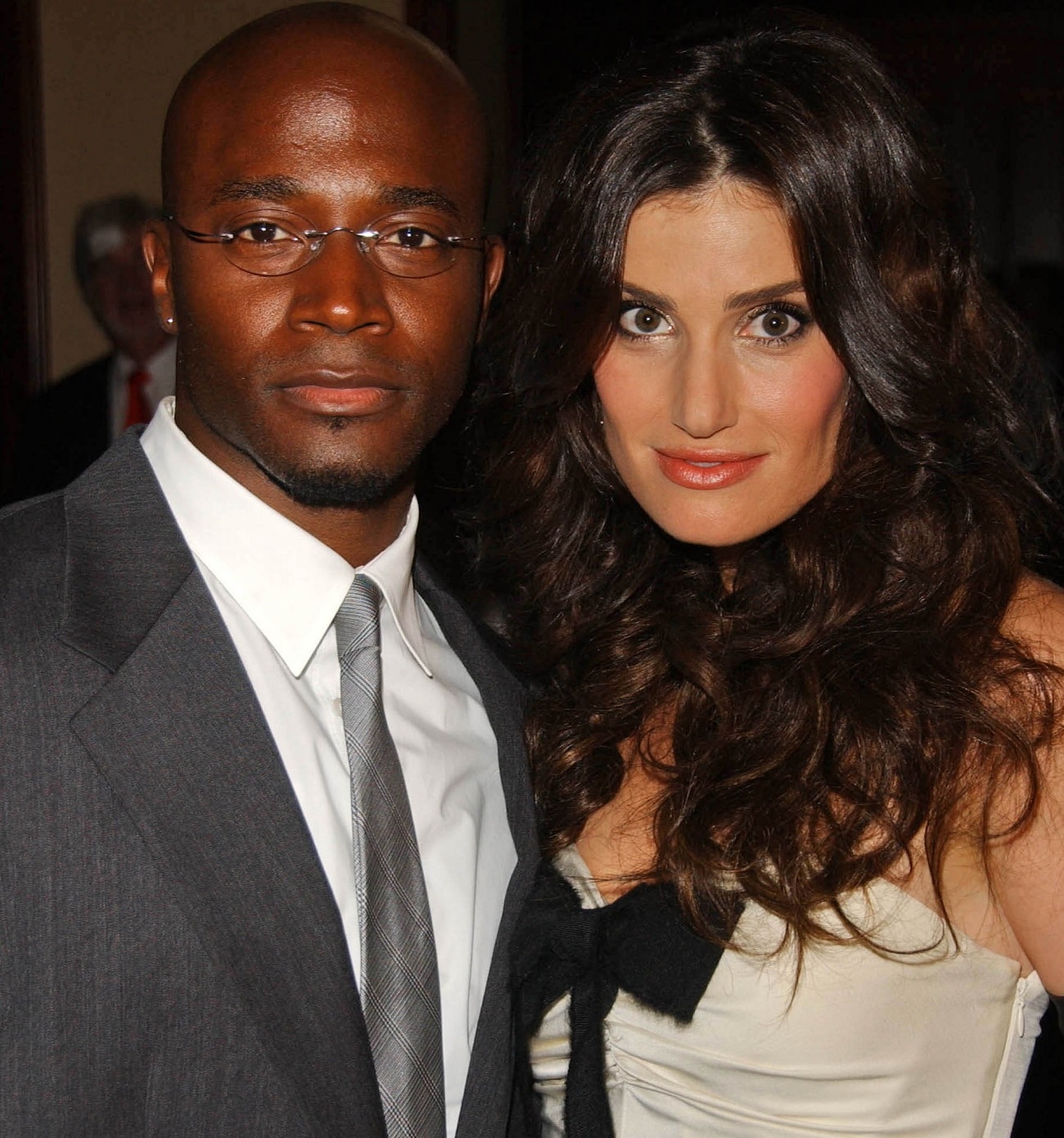 Married for 11 years, and parents to Walker Nathaniel, 8, singer Idina Menzel and actor Taye Diggs realized that their child comes first. Menzel said in an interview with People Magazine, “He comes first and you have to get past your own egos and you never talk bad about each other.” Diggs said, “He’s what’s most important for us, so we’re still there as a family. We were friends to start out with, but especially when you have a kid in the mix, there’s no time for any negativity,” he said. 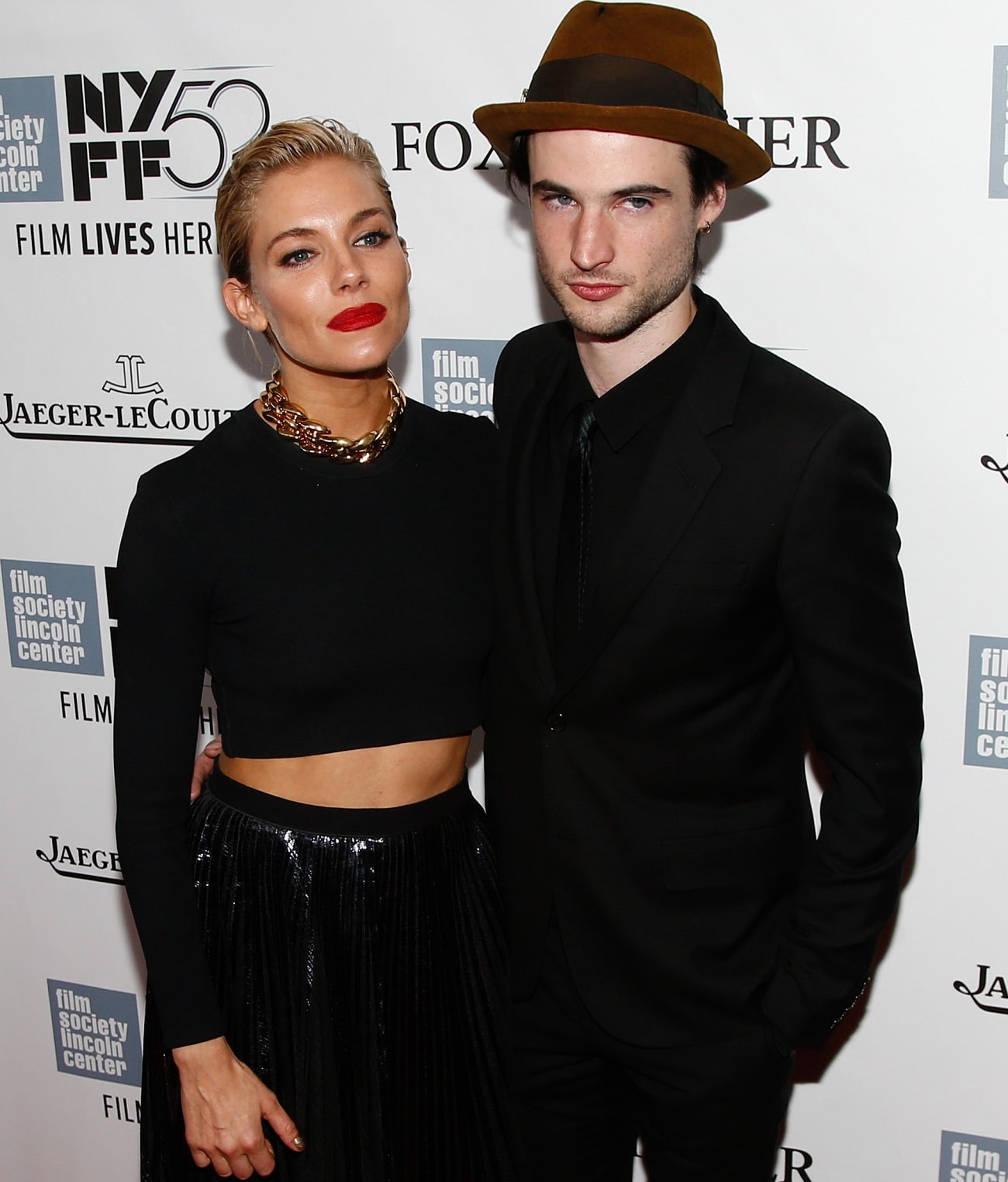 Although they split 3 years ago, GI Joe actress Sienna Miller and On The Road actor Tom Sturridge share 5-year-old daughter, Marlowe. Miller told Harper’s Bazaar, “We don’t live together, as has been reported recently, but we do half the time. It’s great for our daughter that she has two parents who love each other and are friends.” They are also careful to do bedtime together with their daughter every night. “We felt like as much togetherness as possible would be ideal, and fortunately we really love each other and are best friends, and so that works.” 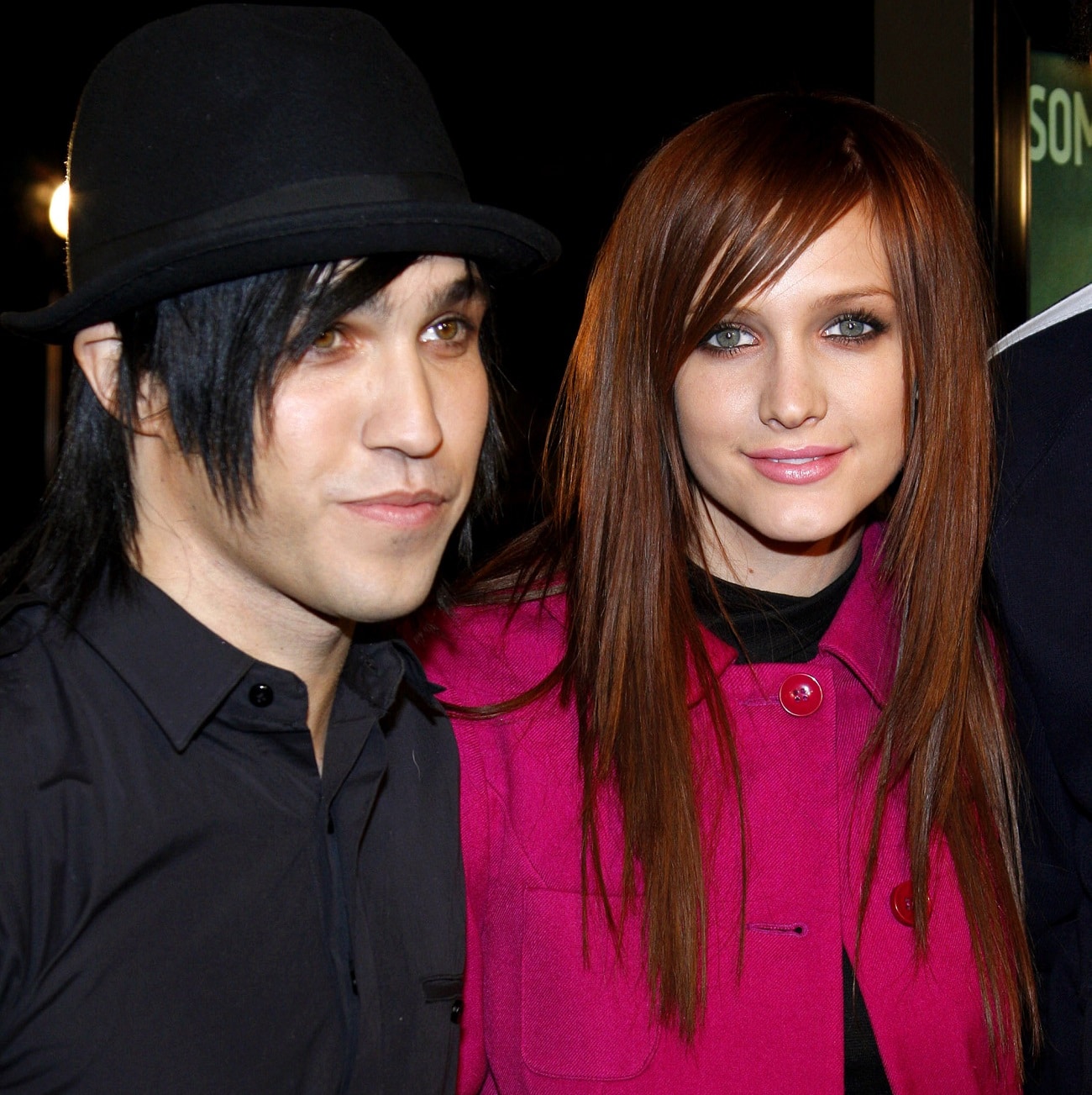 Fall Out Boy bassist Pete Wentz and singer/actress Ashlee Simpson share son Bronx Mowgli, 9. Wentz admitted, “We both realize that we’re parents and we’re in it for our kid, and that’s made it really easy.” In an interview with Watch What Happens Live Wentz said of Simpson, “As a mom, she’s awesome. She’s an awesome mom and we get along really well when it comes to our kid now.”

Although they split up when their son Josey was only 1 years old, Glee actress Naya Rivera and Ray Donovan actor Ryan Dorsey know where to put their priorities. They announced, “Our priority is and always will be our beautiful son that we share together. We will continue to be great co-parenting partners for him.” Last year the actress told Momtastic what it was like to co-parent. “It’s always going to have its challenges logistically, but Josey is our priority. We’re his parents. If everybody looks at it that way it alleviates some of the drama. Doing what’s best for Josey is really what it all boils down to.” 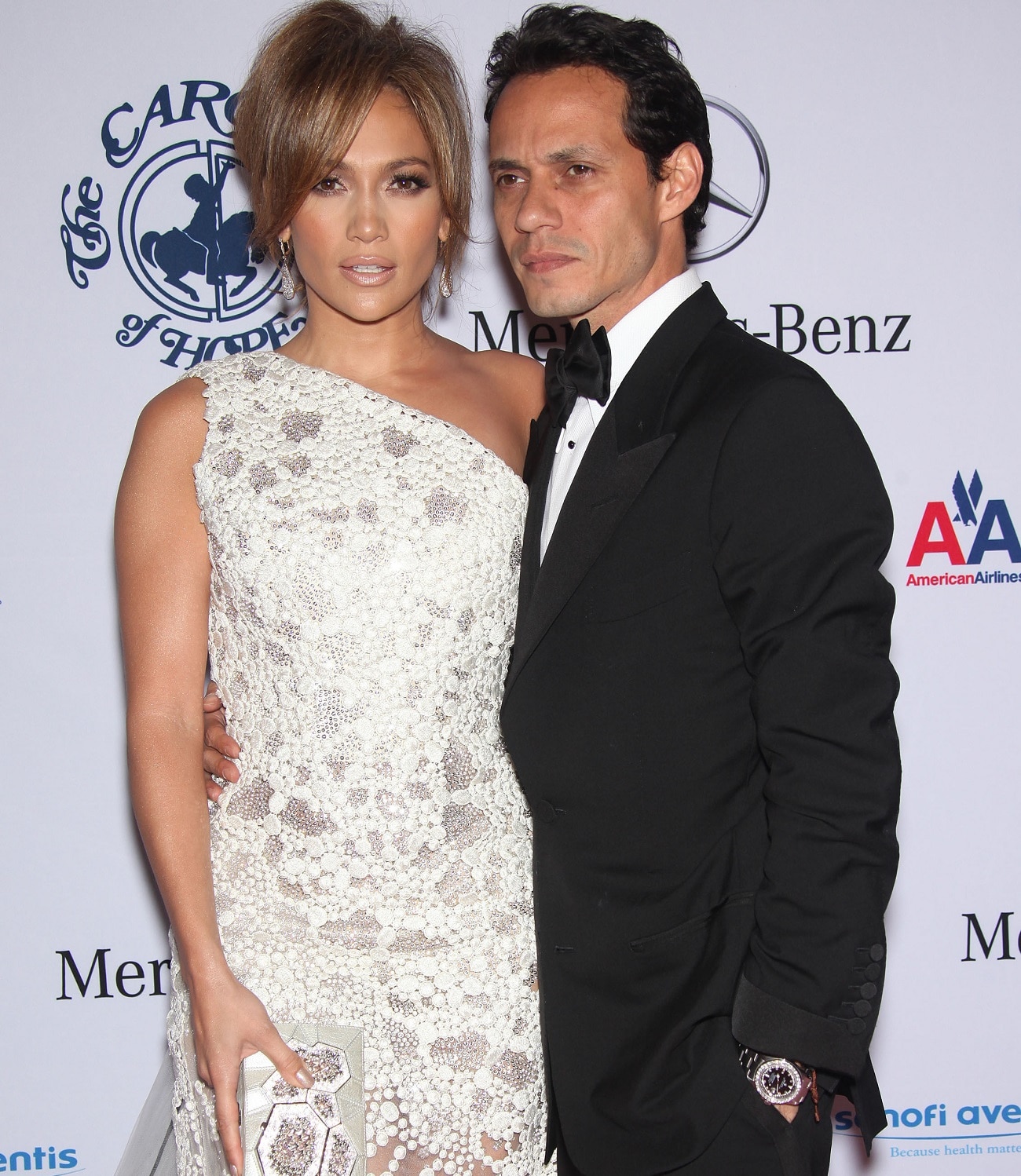 These hot singers, married for 10 years, share twins Emme and Maximilian, now 10 years old. Lopez revealed in an interview with HuffPost Live, “I feel it’s my responsibility as a mom when their dad is not there to let them know that their dad loves them very much because that’s the doubt that they have when he’s not around or they haven’t seen him. That’s my job to do that the same way it’s his job when he’s with them to say ‘Mommy is working and she loves you.’”

Pop star Britney Spears and dancer/rapper Kevin Federline co-parent sons Jayden Federline, age 11, and Preston Federline, age 12. “You fall into your routine and it’s really easy now,” the rapper told Bravo’s Personal Space. “It wasn’t always easy, but it’s a lot easier now.” Although he doesn’t get to see them as much as he would like to Federline says he does his best to make the most of the time he has with his sons. “Preston kind of knows how to DJ. He wants to learn more…I want to make sure it’s something he really wants to do.” 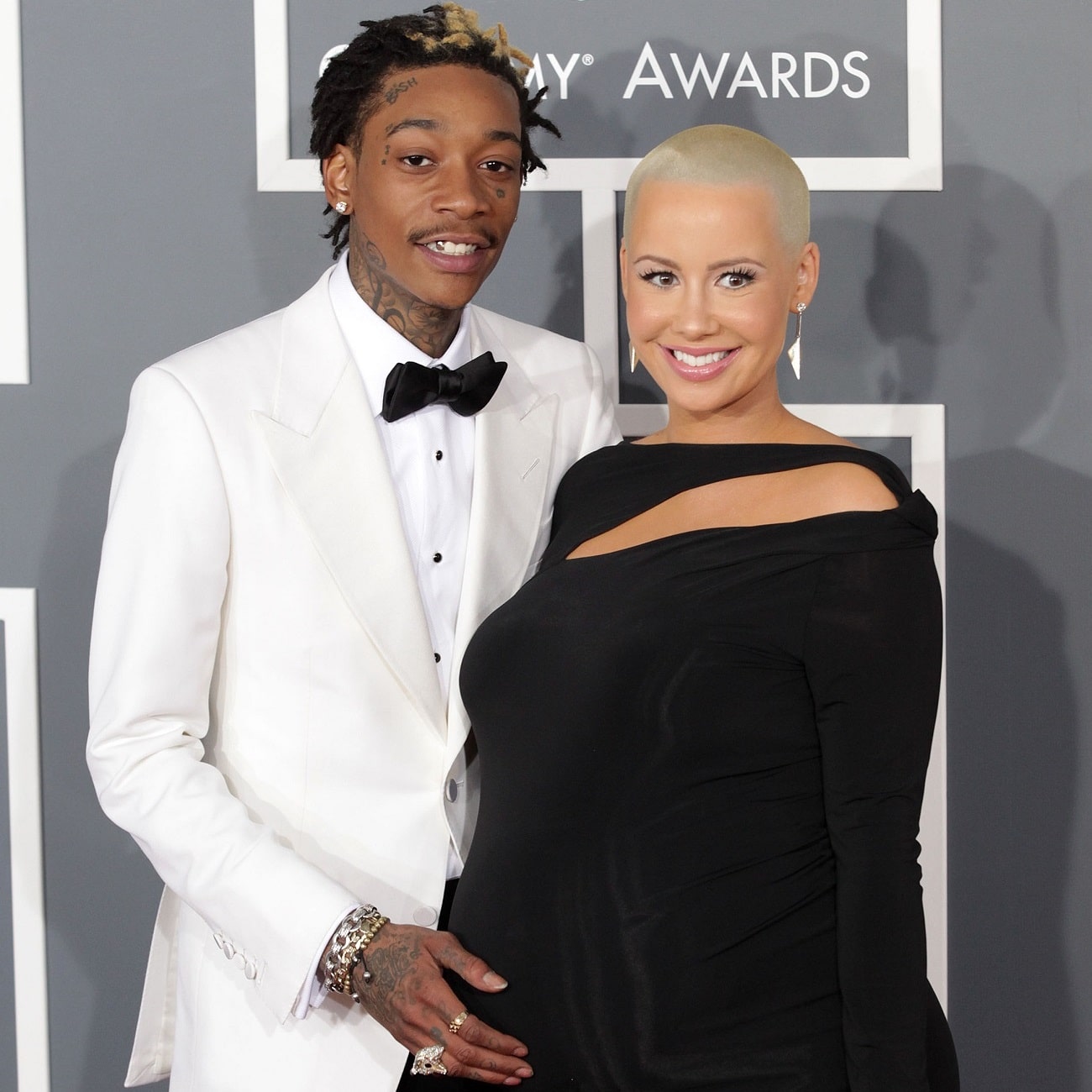 Parents to son Sebastian, age 5, model Amber Rose and rapper Wiz Khalifa were married for 3 years before they called it quits. Rose shared her co-parenting philosophy with People Magazine, “I have pictures up of me and Wiz in his room so he can always come in and see us being happy together,” she revealed. “We try to have family days with him, even though we’re not together. Kids want to see their parents together and if you can’t be together in a relationship, you’ve got to come together as friends for your baby.”

Mother of Mason, age 8, Penelope, age 5, and Reign, age 3, reality TV star Kourtney Kardashian told You Magazine, “I find co-parenting really easy. Scott and I communicate all the time. You have to keep discussing what’s going on because as the children grow older, the rules need to be renegotiated.” She revealed to Cosmopolitan that she sees her ex on a daily basis. “We try to do as much with the kids together as possible. He pretty much comes here every day,” she explained.