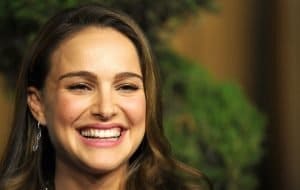 Israeli born, Havard Graduate and Actress Natalie Portman is always glowing, has flawless skin and frankly hasn’t aged and that is partly down to the fact that she doesn’t drink. She has been reported saying that she didn’t get ‘flat-out drunk until she went to College’ and since then has arguably only drunk on the very rare occasion. Whatever her reasons are for not consuming alcohol are they have had a positive effect on her appearance that’s for sure! 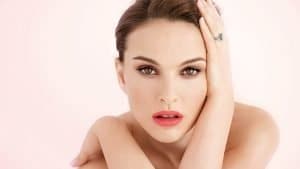 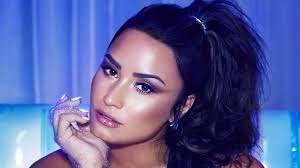 Former Disney star Demi Lovato has openly struggled with various addictions including narcotics and alcohol and only recently suffered a near-fatal overdose, which resulted in her hospitalization. Prior to this overdose, Lovato had celebrated 6 years of sobriety earlier this year and she’s only 25. The actress and singer who is incredibly talented and has always been transparent and candid about her various struggles, which include Bipolar disorder. Lovato has incredibly good reasons for not drinking and we only wish her the best. 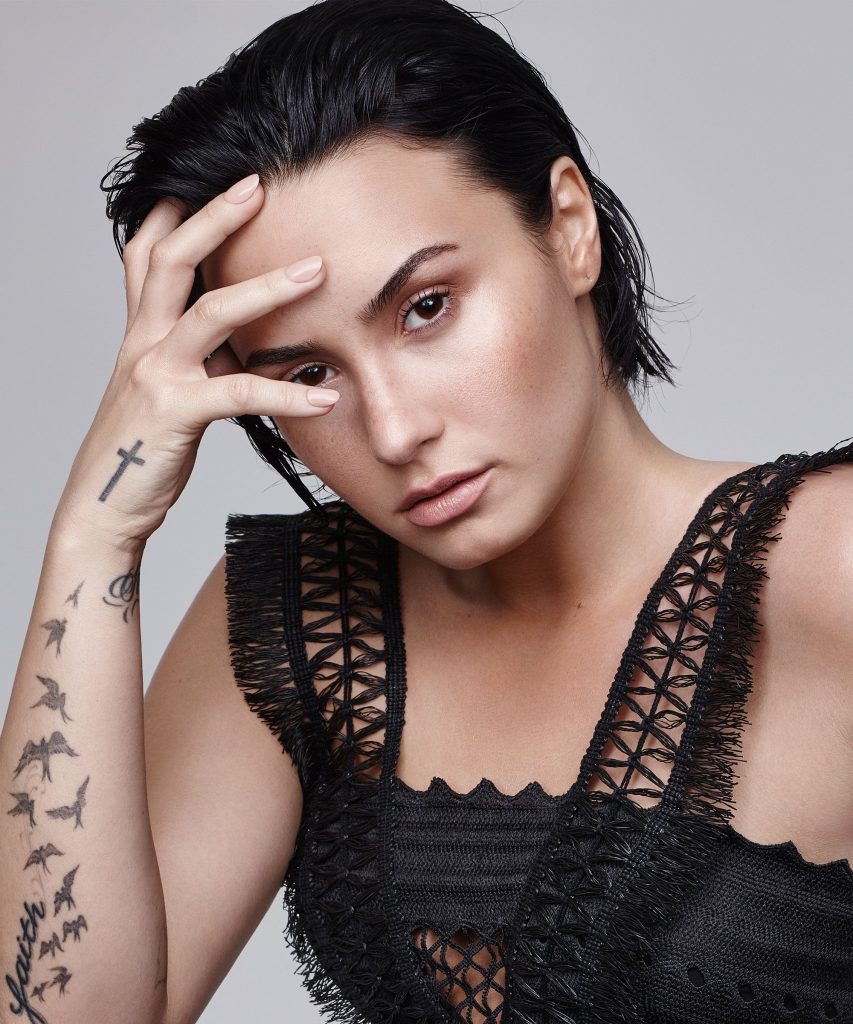 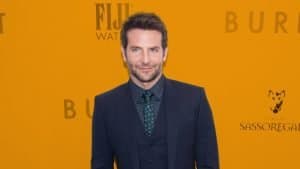 Award-winning actor Bradley Cooper is one of the highest-paid actors in Hollywood and quite rightly so! With his performances in Joy, American Sniper, Silver-Linings Playbook (just to name a few) there is no doubt that this handsome blue-eyed actor is incredibly talented. However, what Cooper kept private until relatively recently is his own personal struggles with alcohol. The actor discussed his sobriety in his GQ cover story back in 2013 stating that back at the age of 29 he realized “If I continued it, I was really going to sabotage my whole life.” Cooper is now a Father to a baby girl, Lea, so clearly refraining from alcohol is doing him well. 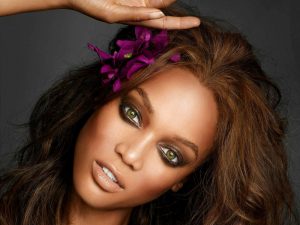 According to an old Forbes article, the supermodel/ host of popular reality T.V. show America’s Next Top Model (ANTM), once Issued a statement about her sobriety to her followers: “I feel like I’ve been very lucky because I don’t really have an addictive personality. I’ve never had any drugs, and I had a little taste of alcohol when I was 12 years old, but that’s about it.” 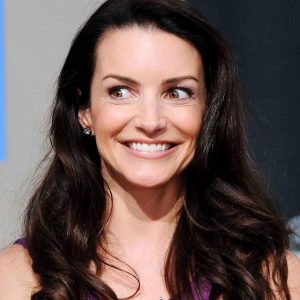 Davis, the glamorous former Sex and the City star was quoted in a passage by Marie Claire U.K. revealing how she didn’t believe she would make it past the age of 30 due to her reliance on alcohol. Davis admitted “I realized it was not going to end well. I went into the acting program, it was grueling and difficult, I was often hungover and I wasn’t performing so well in my classes. Since then Davis decided to give up alcohol completely, which arguably only made her easier to work with and a more successful and stable actress. 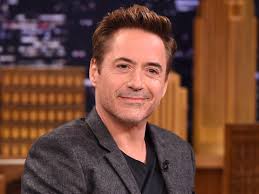 A prominent Hollywood comeback story, Robert Downey Jr. is now one of the most highly paid and in-demand actors in show business, starring in blockbuster superhero movies such as Iron Man and The Avengers. But not so long ago, he was almost unhireable, due to his drinking and drug abuse—not to mention the time his addictions landed him in prison. Downey’s wife Susan Downey old Harper’s Bazaar that he quit drugs for good in 2003 after she gave him an ultimatum and apparently it worked. It was reported in a 2013 Daily Mail article, the actor credits a combination of 12-step programs, yoga, meditation and therapy with holding him sober. The Iron Man star openly talked about his battle with substance abuse in his 2014 revealing that he has now been sober for over 10 years. 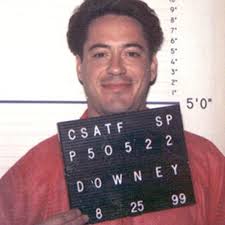 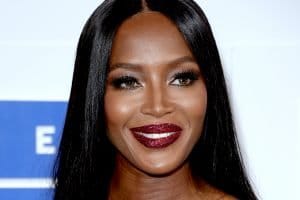 Like her once arch nemesis Tyra Banks Supermodel Naomi Campbell also does not drink alcohol. In an exclusive interview with Life & Style in 2013, the English supermodel and actress explained, “I gave up drinking alcohol,” also revealing, “Not drinking makes me a lot happier.” I mean we knew there was a secret to looking so effortlessly young and youthful, maybe that’s it? 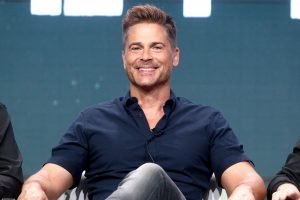 So maybe we’ve been living under a rock but we didn’t know how long actor Rob Lowe had actually been sober for but now we do! After receiving the Spirit of Sobriety award back at the end of 2015 for celebrating 25 clean years, the actor attributed most of his success to his wife. In his acceptance speech, Lowe described that “She inspired me to get sober. She’s put up with my defects of character as they call it. In sobriety, the lessons keep coming if you’re lucky enough to be along as long as I have.”

Harry Potter doesn’t drink? Well no because he was 17 in the last book… but guess what neither does the beloved actor who played the famous teenage wizard. In an interview with The Telegraph in 2018, the Harry Potter starlet discussed his lengthy road to sobriety throughout the later years of shooting the famed film franchise that led to his feelings now toward the substance. 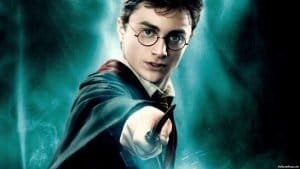 Ben Affleck has recently returned to rehab as he continues to struggle with sobriety. His now recently ex-wife Jennifer Garner drove her then-estranged husband to an LA area facility. Affleck had previously revealed in 2017 that he had completed treatment for alcoholism in order to be “the best father I can be,” but his history with addiction goes back much further. In fact, his experience with alcoholism began as a child, watching his own father, Timothy, battle the disease. Unfortunately, the critically acclaimed Actor/Director has since relapsed but seems to be on the road to recovery and we really do wish all the best.

The English comedian and actor and recently political activist has been publicly open about his addictions (which range from sex, drugs, and alcohol) for a while now, and has recently marked 14 years of sobriety at this point. Now he sets out to help others who have also faced the same struggles in his new book Recovery: Freedom from our Addictions, available for pre-order now.

Gossip Girl star, Wife of the effortlessly handsome and funny Ryan Reynolds, Mother, Activist and movie star in her own right Blake Lively can also add non-drinker to the long list of things that she is/ does. The icon revealed in her Allure cover story back in 2012 that not only does she not drink alcohol but that she’s also never touched drugs. The actress explains “It’s just something that I genuinely don’t have a desire for.”

Kim Kardashian West certainly doesn’t need an introduction but if you like us have been fans of the popular reality show that centers around her family (Keeping Up with the Kardashians) you too will know that the reality start/mogul/ mother has never really enjoyed alcohol. In spite of misleading publicity on her Instagram, Kim K.W. stays far away from alcohol altogether. Her sister, Khloe Kardashian, was quoted in an interview with Elle last year mentioning “Kimberly does not drink alcohol whatsoever. Pregnant or not, she’s just never been into it.”

J.L.O- the beautiful and talented Latina singer/ actress and now girlfriend of baseball player A-Rod told Instyle back in 2003, “I think it ruins your skin” in regards to drinking alcohol or smoking. Lopez also explained “Of course, during celebratory toasts, everybody’s like, ‘You can’t toast with water!’ So I’ll toast with alcohol and just take a sip.”

Matthew Perry is one of the most iconic actors of the 90s for his role as Chandler Bing on the NBC sitcom, Friends (1994-2004). The character was always full of quips, self-loathing, and a naïve charm. Yet despite the success of the show, a salary of $1 million an episode, and the light-hearted tone, Perry suffered addiction to alcohol and opiates. Perry is happy to admit now “the best thing about me is that if an alcoholic comes up to me and says, ‘Will you help me stop drinking?’ I will say, ‘Yes. I know how to do that.'”