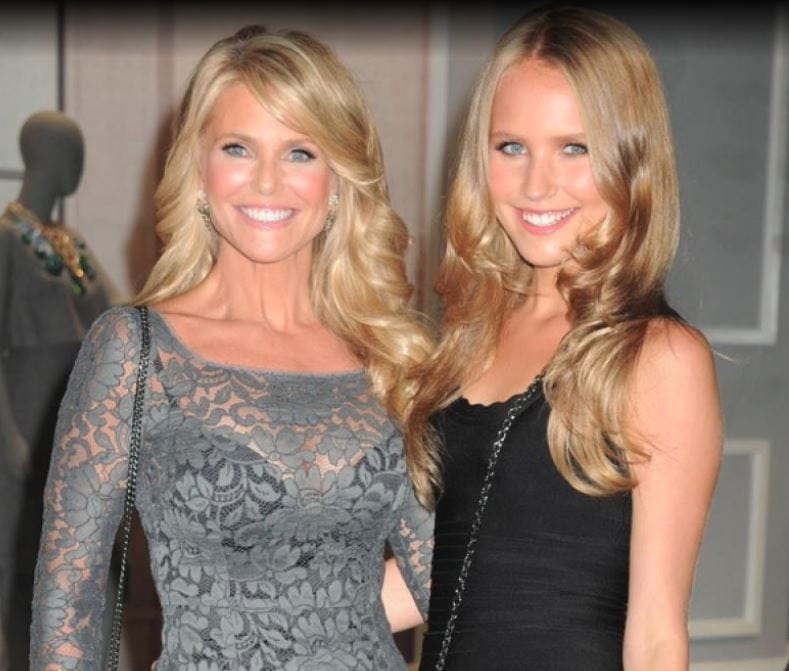 Like mother, like daughter! Christie Brinkley returned to the pages of SI Swimsuit (Sports Illustrated) with her daughter Sailor Lee Cook (born July 1, 1998). Christie, who appeared in SI Swimsuit magazine eight times between 1975-2004, is best known for appearing on the cover of the magazine three consecutive times in 1979, 1980 and 1981.
Sailor has all-American good looks and after seeing how beautifully she grew up, SI magazine decided to invite her to officially join them and become the first-ever second-generation SI model. Sailor’s dad is architect Peter Cook. She has a half-brother Jack Paris and a half-sister Alexa Ray.