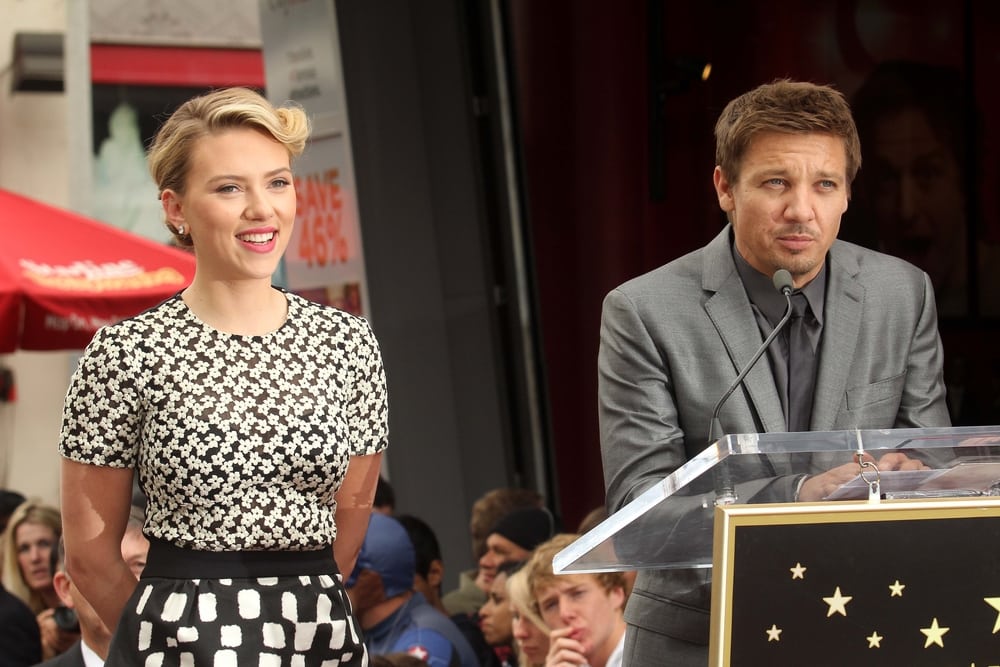 More than just a pretty pinup, Scarlett Johansson has serious acting chops. The 32 year old actress is popular as the Superheroine Black Widow in The Avengers series. While her films have been commercially successful, making over $3.3 billion, she has somehow eluded getting an Oscar nomination.  She is shown in the photo with Avenger co-star Jeremy Renner.