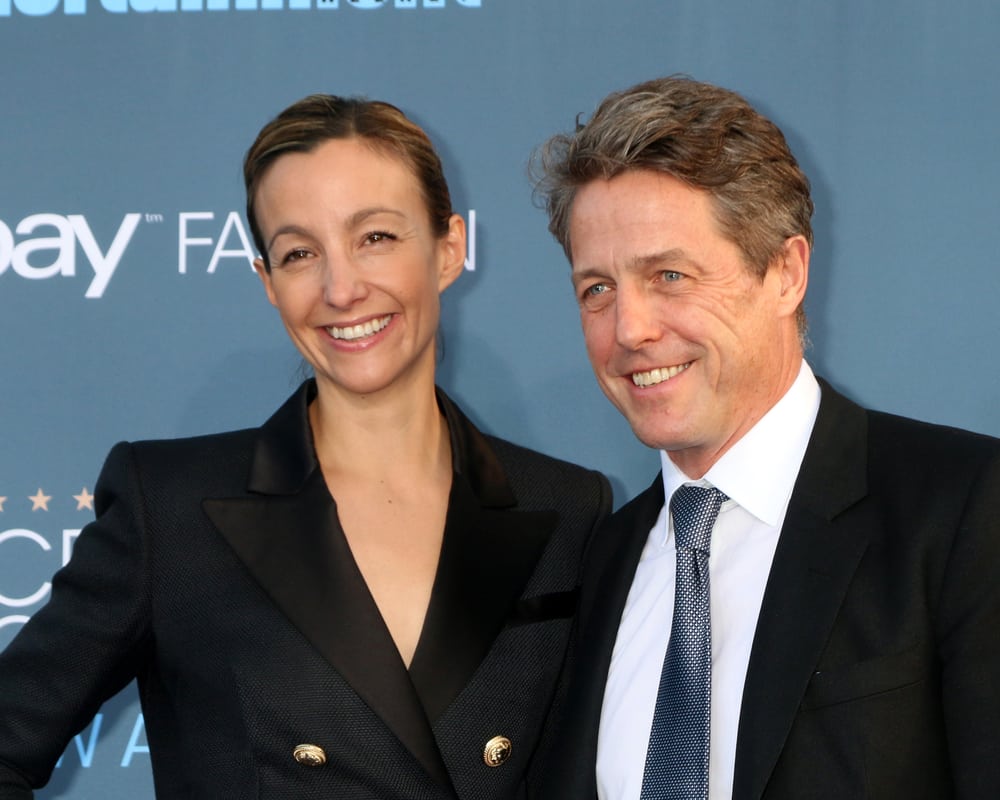 British actor, Hugh Grant has been amusing audiences for two decades. He made us laugh in Four Weddings and Funeral, Notting Hill, Bridget Jones’s Diary and the list goes on and on. While his films have grossed over 2.4 billion worldwide, the 56 year old has not yet received any Oscar love. He is pictured here with television producer, Anna Eberstein, mother of two of his four children.