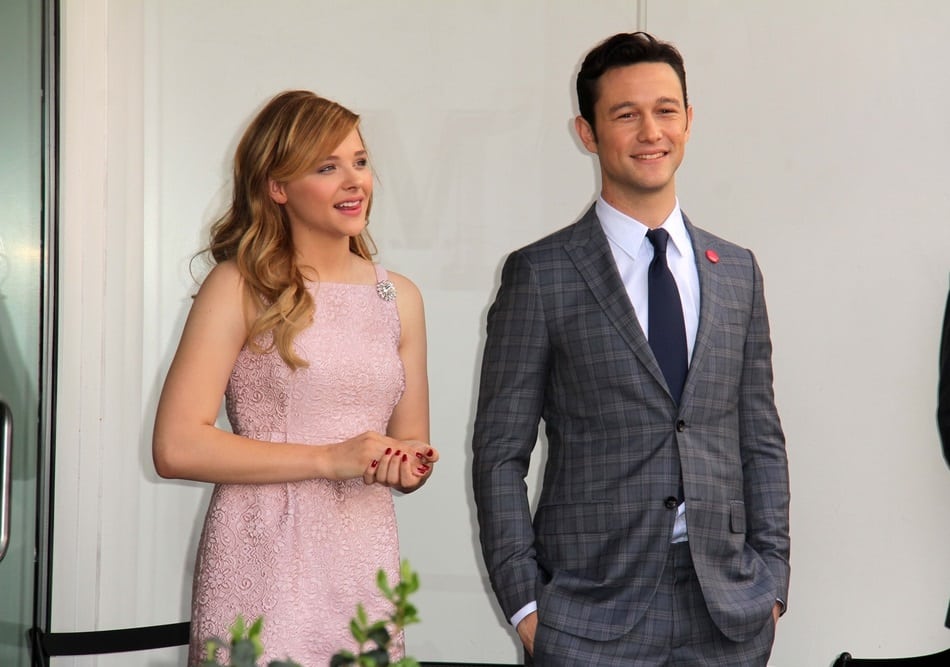 35 year old, Joseph Gordon-Levitt has appeared in a number of critically acclaimed movies but has not yet received the recognition he deserves. His memorable movie roles include: (500) Days of Summer, Looper, 50/50, The Dark Knight Rises and most notably, alongside Leo DiCaprio, in the thriller Inception. In the photo he shown standing next to Chloe Grace Moretz.