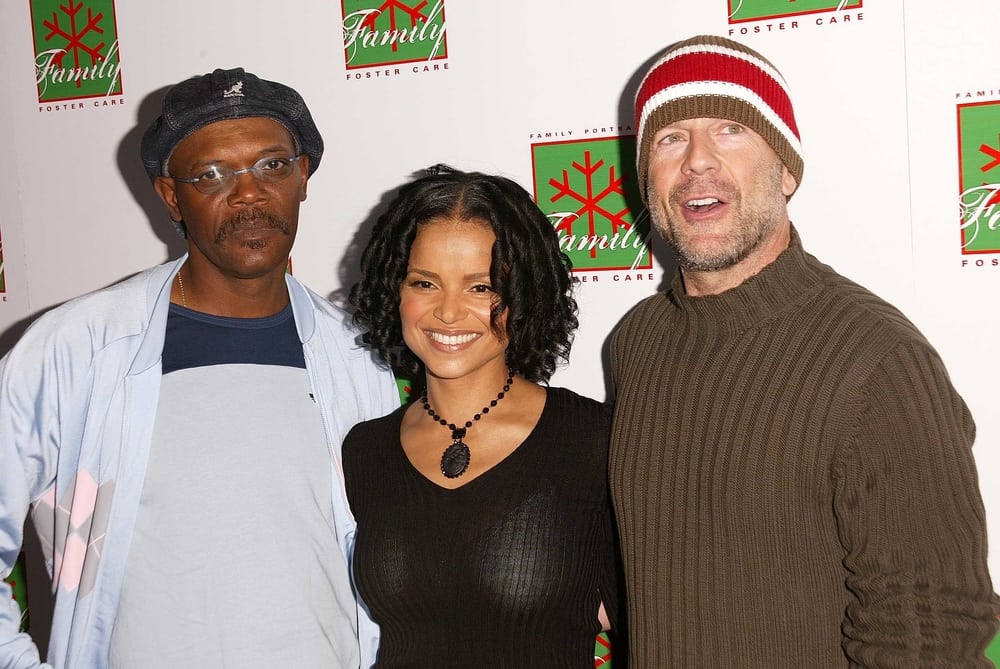 Prolific US actor, Samuel L. Jackson has appeared in over 100 movies and unbelievably, never won an Oscar. He has received critical acclaim for many performances including: the Avengers, Django Unchained, Freedomland and most recently as Major Marquis Warren in The Hateful Eight, a Western Mystery. The 68 year old actor is shown standing next to Victoria Rowell and Bruce Willis in Hollywood, CA.