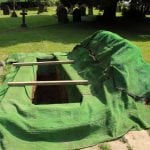 What an opposite direction! Is the dead burying the living or what? That was a question posed by one man during a funeral of a young man in the town of Bethlehem, in central South Africa, when a church minister together with several pallbearers fell into the grave. A witness told the Afrikaans newspaper Volksblad that shortly after the coffin was lowered into the ground, a … END_OF_DOCUMENT_TOKEN_TO_BE_REPLACED 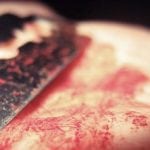 A 35-year-old man simply identified as Wahab Sa’adu in Alapa, Asa Local Government Area of Kwara State, has severed his genitals with a razor blade. Leadership Newspaper reports According to a family source, the victim, who is a fashion designer, rushed back home after he had chopped off his penis at a nearby bush in the village last Monday. The source who craved anonymity … END_OF_DOCUMENT_TOKEN_TO_BE_REPLACED

As more facts continued to emerge from the latest attacks of the Islamic sect, Amnesty International has reported that a woman in labor was among the victims who lost their lives during the latest deadliest attack in the country. A witness to the mass killings in the town of Baga, in northern Nigeria, was quoted as saying that the woman was shot by indiscriminate fire. "Half … END_OF_DOCUMENT_TOKEN_TO_BE_REPLACED 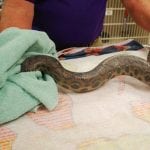 SAN DIEGO — Officials in San Diego are trying to sort out how a 5½-foot snake wound up in a toilet at an office building. Stephanie Lacsa told San Diego County authorities she noticed the water level in the toilet was higher than usual when she went to the second-floor restroom Tuesday. When she plunged it, a snake popped up and flicked its tongue. She ran out, taped the door … END_OF_DOCUMENT_TOKEN_TO_BE_REPLACED 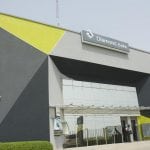 Criminals are always on the prowl, looking out on the possible ways to gain access to your wallet. They never get tired, always devising new operational techniques. The following eyewitness count tells how people are now being robbed in Nigerian banks without guns. The report was originally published on Nairaland -- "Hello nairalanders, good day. Came here to share my … END_OF_DOCUMENT_TOKEN_TO_BE_REPLACED 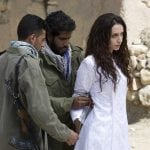 Multiple punishments was meted out to a 24-year-old Indian woman by the local council elders, for eloping with another man, after having two children for her husband.    After being beaten by a mob and was tonsured, she was later forced to publicly breastfeed the man she allegedly eloped with despite her husband's objections to the punishments.    According to Police, she was … END_OF_DOCUMENT_TOKEN_TO_BE_REPLACED 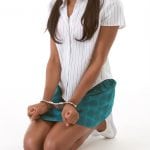 A man had his private part chopped off by a lady in retaliation for slapping her. It was a pandemonium at the weekend in Benin City, Edo state after a middle aged man lost his life following a fight with a razor blade-tooth lady, who chopped off the man's private part with her teeth. The ugly incident shocked the residents, considering how an argument between the lady and the … END_OF_DOCUMENT_TOKEN_TO_BE_REPLACED 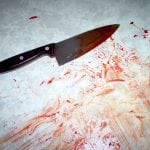 A 45-year-old man, Nwofu Igbo, in Ebonyi state, has been arrested for allegedly killing his 16-year-old son. The boy who just returned home from Lagos to celebrate the Christmas holiday with his family, meet his untimely death at the hands of his own father. According to an eye-witness account, Mr. Nwafu Igbo murdered his teenage son due to a quarrel between him and his … END_OF_DOCUMENT_TOKEN_TO_BE_REPLACED 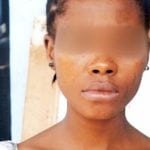 If you think that all the prostitute around the country and probably elsewhere are just into the trade for physical cash and pleasures, then you need to have a rethink. Some prostitutes, aside from collecting money from their clients for sleeping with them, takes some steps further, as this stunning revelations from 23-year-old prostitute, Uche Agunta reveals. She was … END_OF_DOCUMENT_TOKEN_TO_BE_REPLACED 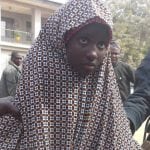 Her name is Zaharau Babangida. Her mission, together with two other girls was to bomb a market in Kanu City at the peak of the market day activity. Other girls did it, killing many people and injuring several others, including Zaharau Babangida. Seeing how other girls were shattered within seconds, and having sustained injury in the process, she decided to ran away and see … END_OF_DOCUMENT_TOKEN_TO_BE_REPLACED 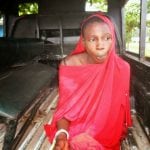 Shocking confession of a 14-year-old girl narrates how she was volunteered by her own parents to take part in a suicide bomb attack. The girl was arrested with explosives strapped around her body. (Please beware of some offensive pictures) The girl who was identified as Zahra'u Babangida, was arrested in Kano on December 10 following a twin suicide bombing at Kanti Kwari … END_OF_DOCUMENT_TOKEN_TO_BE_REPLACED 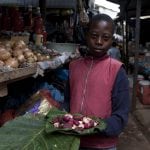 Everyday, we will bring you at least one bizarre news of 2014. Starting with this -- it happened January this year in Kwara State where court ordered a 20 year old boy to pay a whooping sum of N500,000 for stealing kola nut worth N500. Read the news details- An Omu-Aran Upper Area Court in Kwara has granted bail in the sum of 50, 000 to a 20-year old secondary school student, … END_OF_DOCUMENT_TOKEN_TO_BE_REPLACED 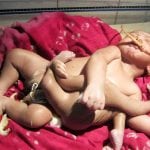 A couple in India were happy that they would give birth to a bouncing baby not until the baby was born and they discovered that there new born baby  had four arms and four legs. Some residents in eastern part of India have got different believe about the boy saying he is the reincarnation of a god. However the child has been nicknamed "GOD BOY" by those Hindu worshiper … END_OF_DOCUMENT_TOKEN_TO_BE_REPLACED 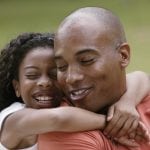 A Nigerian Father marries his OWN daughter to stay in Britain! How bizarre is that? A Nigerian Home Office worker 'married' his own daughter to get her a British visa, the Daily Mail can reveal. The extraordinary scam was apparently executed by Jelili Adesanya while ministers turned a blind eye. Mr Adesanya, 54, has lived here for more than 30 years and holds a British … END_OF_DOCUMENT_TOKEN_TO_BE_REPLACED

Children are a blessing, but not all parents are biologically capable of conceiving children, and while adoption is the right answer for many, other parents prefer to use a surrogate mother. After having two beautiful children of her own, Jessica Allen decided she wanted to share her luck with others and be a surrogate mother. She matched with a couple who were unable to have … END_OF_DOCUMENT_TOKEN_TO_BE_REPLACED

Children are a blessing, but not all parents are biologically capable of conceiving children, and while adoption is the right answer for many, other parents prefer to use a surrogate mother. After having two beautiful children, Jessica Allen decided she wants to share her luck with others and be a surrogate mother. She matched with a Chinese couple unable to have a baby, and … END_OF_DOCUMENT_TOKEN_TO_BE_REPLACED