The interesting thing about acting is: it does not only make actors famous, it also makes them rich. Here is the list of top 10 richest actors 2014.

Jerome Allen (Jerry) Seinfeld is an American writer, actor, comedian, film and TV producer, whose sitcom seinfeld  premiered for 9 years (1989-1998) This father of three is the most successful American comedian. The New yorkan has produced, co produced, and starred in many movies like Bee Movie, Long story short. This 60 year old worked his way to the top from comedy. Today, he is the richest actor in the world with a net worth of $820 million.

This Indian movie icon has proved beyond doubt that TV/Movie success is not exclusive to first world countries. Born November 2 1965, king Khan, as he’s fondly called, has featured in over 50 Hindi films. He spent his time in the theatre in late 80’s, until 1992 when the movie Deewana featured him. He has ever since made numerous films such as Kuch Hota Hai  Om Shanti Om etc. His talent thus earned him many endorsements, which makes him the 2nd richest actor in the world, with a net worth of $600 Million.

Born Mel Colm-Cille Gerrad Gibson on January 3 1965, in peekskill New york. This American and Australian actor, producer, Screen writer, and investor, has proved what he learned at the Australian national institute of art. With early appearances In TV series, which has earned him lead roles in many movies, such as Brave heart, which got him the best Director award. Several other movies coupled with his investments make him the 3rd richest actor in the world. His Net worth is $425 million.

Sly stallone as he’s fondly called, made it to the top from scratch. Born Sylvester Gardenzio Stallone on July 6 1946, this American actor, screen writer, and producer, made fame with two of his many movies, John Rambo and Rocky Balboa. When he was 24, sleeping in bus station, he was forced by circumstances to Star in adult movie. Today, he is the 4th richest actor in the world with a net worth of $400 million.

Jack Nicholson is the most nominated actor in the history of Academy award. Twelve times he was in the list of nominees, three times he won. This father of 5 Star in movies such as Few good men, the Passenger, and the Departed. His earnings and investments make him the 5th richest actor in the world. He has a net worth of $400 million.

This three time Golden Award winner started his acting career at the age of 19, with the film Endless Love. It was until 1986 that Cruise developed a full-fledged career in the movie industry, with the film- Top gun. This actor, producer, and philanthropist consequently made several other movies, which includes the 2014 Edge of tomorrow. His passion for the film industry has put his net worth to $380 million.

Clinton Eastwood Jr is an American actor, director, and producer, who came to limelight with the movie series The man with no name trilogy. This 84 years old starred and directed many movies, from the TV show ‘Wagon Train’ to Jersey boys in 2014. The man is old but he is the 7th richest actor in the world. He has a net worth of  $375 million.

Born Thomas Jeffrey Hanks on July 9 1956, this actor, director and producer has amassed a lot of fortune making movies. In 1979, Hank made his debut in the film, He knows you are not alone. It did not take him more than a year to get lead roles on subsequent movies. Today, Tom Hanks is one of the most celebrated actors in Hollywood. Some of his movies, Saving private Ryan, The Da Vinci code, and The Terminal bear witness to his talent. And that makes him the 8th richest actor in the world. He has a net worth of $350 million. 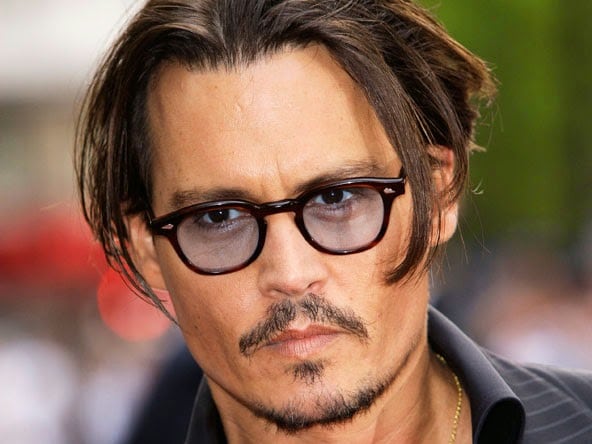 John Christopher Depp II started his acting career at a very young age. The world of the 80’s adored
Johnny, even though he was never gonna stop making movies. This award winning actor and musician star in many movies that got the world’s attention. Films like, Alice in wonderland, Pirates of the Caribbean etc. In 2012, Johnny was in the list of Guinness book of record as the highest paid actor with $75 million. Today, his annual salary is about $100 million, and his net worth is $350 million, making him the 9th on the list.

Born Keanu Charles Reeves on September 2 1962, in Beirut. This Canadian actor, director, and musician has made movies enough to put him on the “richest list.” Reeves first studio movie was Young blood, an ice Hockey film in 1986. He consequently, moved on to many more movies. His first directional role came with man of Tai chi, premiered in 2013. Today he is the 10th richest Actor in the world, with a net worth of $350 million.