Negotiations would cease to have any meaningful impact if the people involved fail to communicate in an effective manner. Read on if you want to get an idea of the importance of effective communication.

What Is Effective Communication During A Negotiation? 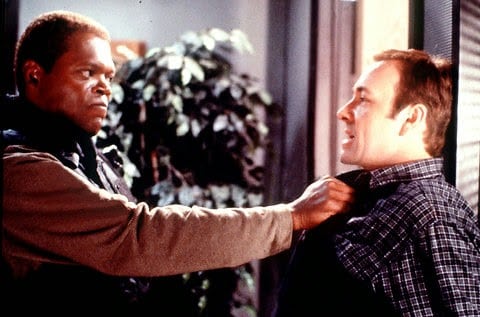 The Different Aspects Of Effective Communication

Both parties will be allowed to have their say, but it does not just stop at speaking because they have to make sure they are saying what they want to say, how they want to have it said. In most cases, the actual parties may not have to say much if negotiators are involved.
They may be present and say a few words, but the communication with respect to what will be said will be made by the negotiators.

Effective communication requires both parties to be attentive to what each have to say. Attentiveness goes beyond being polite, because they will not want to miss out on what the other party is saying, or else, it will affect their response, which is another aspect of effective communication.

Understanding is a critical aspect of effective communication around a negotiation table. This is what will determine how the other person or party responds. It is important that what is said is fully understood, especially in a process that involves the actual parties.
They may not be the ones doing the negotiation but their understanding could make them instruct their negotiators to change their position on a matter or allow a concession.

Your understanding might compel you to clarify a point. This in a way gives the other person a chance to gauge how well you understood their point and it is a great way to stay on the same page as the negotiation moves along.
Clarification gives you the confidence to prepare a response because you have given the other party a chance to explain or correct your impression. This stage will be useful for the other party to correct things If your impression about what they said is wrong.

Your response reflects what the other party said, what and how you heard what they said, what you understood from what they said after clarifying issues.
It may sound simple, but the legal nature of formal negotiations requires that everything is clearly spelt out and understood by both parties. This is what effective communication is all about. Understanding the other party is itemized and the same thing applies to each item that is brought under discussion.
It covers every stage of the process from the time of the initial requests to the final draft is signed.

The two parties must be willing to come to the negotiation table for it to be a success. Both parties approach the negotiation table because they feel that there is something positive in there for them. The alternative, which could probably be going to the courts, could act as a compelling reason for them to come to the negotiation table.
The point is, there is a degree of expectation on the parties that approach the negotiation table. Effective communication requires that each party is guided by the ability to reason. There will be a clear communication breakdown when one of the parties is not perceived to be reasonable. This may not have anything to do with their reasoning faculty as it were, but it may just be that whatever they are demanding may not be in proportion to what the other party expects or terms to be reasonable.

Effective communication requires that the parties are emotionally balanced. Emotion does not just blur your thoughts, they can muddle up your response. Unbridled emotions have the power to break down a negotiation. It is one of the most common reasons behind a breakdown in communication. A commonly held position to dealing with highly emotional negotiations is to focus on the interest of both parties and not the people involved.
Effective communication may only happen if both parties are made to concentrate on what they stand to gain or lose if the negotiation fails. Once this is used as the anchor of the negotiation, the parties will eventually come to some form of agreement that will reflect just that.
However, negotiations that are highly emotional stand a higher risk of falling short of the expectations of the parties involved, i.e. if they come to the point of conclusion in the first place.