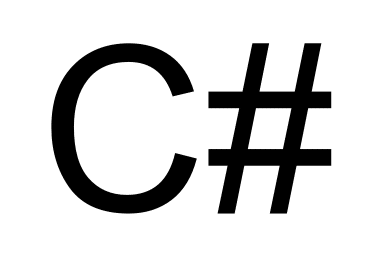 It was developed by Microsoft within its .NET initiative and later approved as a standard by ECMA (ECMA-334) and ISO (ISO/IEC 23270:2006). C# is one of the programming languages designed for the Common Language Infrastructure (CLI).

All of these languages provide access to the Microsoft .NET Framework, which includes a common execution engine and a rich class library. The .NET Framework defines a “Common Language Specification” (CLS), a sort of lingua franca that ensures seamless interoperability between CLS-compliant languages and class libraries.

During the development of the .NET Framework, the class libraries were originally written using a managed code compiler system called Simple Managed C (SMC). In January 1999, Anders Hejlsberg formed a team to build a new language at the time called Cool, which stood for “C-like Object Oriented Language”. Microsoft had considered keeping the name “Cool” as the final name of the language, but chose not to do so for trademark reasons. By the time the .NET project was publicly announced at the July 2000 Professional Developers Conference, the language had been renamed C#, and the class libraries and ASP.NET runtime had been ported to C#.

C#’s principal designer and lead architect at Microsoft is Anders Hejlsberg, who was previously involved with the design of Turbo Pascal, Embarcadero Delphi (formerly CodeGear Delphi, Inprise Delphi and Borland Delphi), and Visual J++. In interviews and technical papers he has stated that flaws in most major programming languages (e.g. C++, Java, Delphi, and Smalltalk) drove the fundamentals of the Common Language Runtime (CLR), which, in turn, drove the design of the C# language itself.

Since the release of C# 2.0 in November of 2005, the language has evolved increasingly. C# has added several major features to accommodate functional-style programming, culminating in their LINQ extensions released with C# 3.0 and its supporting framework of lambda expressions, extension methods, and anonymous classes. These features enable C# programmers to use functional programming techniques, such as closures, when it is advantageous to their application.

The LINQ extensions and the functional imports help developers reduce the amount of “boilerplate” code that is included in common tasks like querying a database, parsing an xml file, or searching through a data structure, shifting the emphasis onto the actual program logic to help improve readability and maintainability.

Generic Programming: Generic programming is a style of computer programming in which algorithms are written in terms of types to-be-specified-later that are then instantiated when needed for specific types provided as parameters. This approach, pioneered by ML in 1973, permits writing common functions or types that differ only in the set of types on which they operate when used, thus reducing duplication.

Declarative Programming: declarative programming is a programming paradigm, a style of building the structure and elements of computer programs, that expresses the logic of a computation without describing its control flow.

Functional Programming: is a style of building the structure and elements of computer programs, that treats computation as the evaluation of mathematical functions and avoids state and mutable data. It is a declarative programming paradigm, which means programming is done with expressions.

The C# language definition and the CLI are standardized under ISO and Ecma standards that provide reasonable and non-discriminatory licensing protection from patent claims. However, Microsoft uses C# and the CLI in its Base Class Library (BCL) that is the foundation of its proprietary .NET framework, and which provides a variety of non-standardized classes (extended I/O, GUI, Web services, etc.).

Some cases where Microsoft patents apply to standards used in the .NET framework are documented by Microsoft and the applicable patents are available on either RAND terms or through Microsoft’s Open Specification Promise that releases patent rights to the public, but there is some concern and debate as to whether there are additional aspects patented by Microsoft that are not covered, which may deter independent implementations of the full framework.

Microsoft is leading the development of a new open source C# compiler and set of tools, previously codenamed “Roslyn”. The compiler, which is entirely written in managed code (C#), has been opened up and functionality surfaced as APIs. It is thus enabling developers to create refactoring and diagnostics tools.

Other C# compilers exist, often including an implementation of the Common Language Infrastructure and the .NET class libraries up to .NET 2.0:

C# has the following syntax: